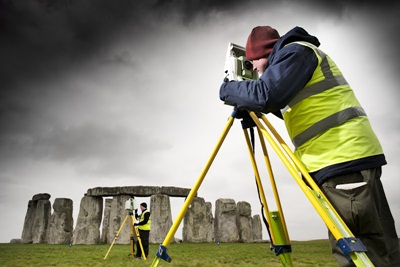 Photonics technology has revealed in unprecedented detail the efforts made by prehistoric people to celebrate the summer and winter solstice at Stonehenge, the ancient man-made monument in the south of the UK.

Thought to have been erected between 4000 and 5000 years ago, the monoliths at Stonehenge are arranged in such a way that they align with the exact position of the Sun as it rises on the day of the summer solstice, and as it sets on the winter solstice.

Now, using a three-dimensional laser scanner provided by the German company Z+F, surveyors and archaeologists have discovered that the stones aligned along the north-east to south-west axis of Stonehenge were specially shaped and worked to highlight their particular significance, with the technology revealing features that had previously been thought likely to have weathered beyond all recognition.

In its detailed report on the high-resolution survey that it commissioned, English Heritage wrote: “Analysis of the laser scan data has revealed significant new evidence that enhances our understanding of various aspects of Stonehenge, from the techniques employed in construction, through the addition of prehistoric carvings in the Early Bronze Age, to collapse, breakage and the activities of tourists.”

According to the report, one of the key results of the laser scan was to reveal that the view of the monument from “the Avenue”, the ancient processional way to the north east of Stonehenge, was particularly important:

“To approach and view the stone circle from this direction means that the midwinter sunset had special meaning to prehistoric people, and that they made deliberate efforts to create a dramatic spectacle for those approaching the monument from the north east,” noted the organization.

Analysis of the laser survey has also shown that the stones on the outer sarsen circle, which are visible when approaching from the north-east direction, have been completely “pick dressed” – meaning that the brown and grey crust on the surface had been removed, exposing a fine, bright grey-white surface. In contrast, the outer faces of surviving uprights in the south-western segment of the circle were not pick dressed. 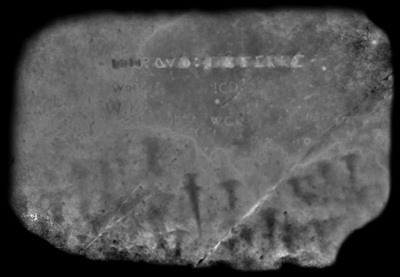 High-res scan
The laser scan, which was carried out in March 2011 and analyzed over the past six months, has also revealed dozens of previously undiscovered axehead carvings. Susan Greaney, Senior Properties Historian at English Heritage, said: “We didn’t expect the results of a laser scan to be so revealing about the architecture of Stonehenge and its function.”

The laser scanner collected data with a resolution of 1 mm across the entire stone circle, and of just 0.5 mm for four stone surfaces of particular interest. It revealed more than 700 surface features in all, including damage, graffiti and conservation efforts as well as the prehistoric carvings and markings.

The analysis is groundbreaking, in that it represents the first time that results of such a high-resolution, sub-millimeter laser scan have been published for a project on the scale of Stonehenge.

“The use of both laser scan and photogrammetric data collection created different data formats that could be analysed in different ways, providing opportunities for comparison between the data sets and numerous options for visualizing the surface of the stones.”

English Heritage also says that the suite of techniques developed for the Stonehenge projects can now be used in other conservation projects, including the new method of “luminance lensing”. This approach, which the organization expects to have wide-ranging applications, can be used to analyze detailed data “meshes” of the sort generated by laser scanning. 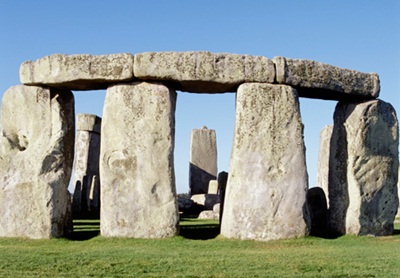 Incomplete circle? “No evidence”
The laser scan has also helped to shed some light on some of the longest-running controversies between archaeologists regarding Stonehenge. One of those is the suggestion that the monument, with its fallen and apparently missing stones, was never actually completed – a theory that is still hotly debated today, with others believing that the “missing” stones were in fact stolen from the completed circle at various points in time.

The theories for the “non-completion” case typically focus on the use of small, irregular and inadequate stones that have since fallen down, the absence of many stones from the south-western side of the monument, and the absence of any evidence documenting the removal of stones.

Stressing that the laser scan and analysis only informs (rather than solves) the ongoing debate, the English Heritage report says that new information from that scan “has revealed that significant portions of most fallen stones have been removed from Stonehenge”, adding that “fallen stones were easy prey for stone robbers”.

Overall, concludes the report, 27 of the original 30 upright stones of the original circle were “certainly erected”, adding that there is no convincing evidence that the circle remained incomplete. “In the light of the significant degree of stone robbing, it is possible that a complete Sarsen Circle once existed,” it suggests.

One thing that does not appear to be under debate is the success of the latest laser scan (Stonehenge had previously been laser-scanned in 2003, though less extensively*), and how optical technologies can contribute to high-profile conservation and archaeology projects.

“By far one of the most encouraging and exciting aspects to this project is that even though Stonehenge has been subject to decades of extensive study, the application of cutting-edge technology has brought significant new discoveries,” the report concludes.

* Updated October 11: the article originally stated that the 2003 scan was performed at a lower resolution; this was incorrect.