Data from instrument on Perseverance rover could help clarify whether Mars might have hosted microbial life. 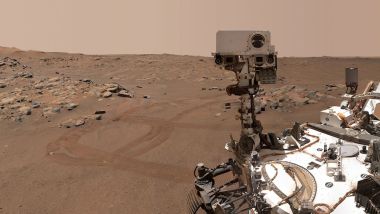 The SuperCam optical platform mounted on NASA's Perseverance rover has delivered the first mineralogy and chemistry results from its initial 286 days of operation on Mars.

Data relating to composition of rocks in Mars's Jezero Crater should help give NASA a better idea of when, and how much, water existed on Mars, and ultimately indicate if the red planet was ever habitable to microbial life.

"The SuperCam instrument suite of remote chemical and mineralogical tools has made some exciting new detailed observations regarding Jezero Crater's history that could not be fully understood before landing," said Sam Clegg, deputy principal investigator for SuperCam. "This exciting new data will really help us better understand when the crater held water, and it also gives us insight into Mars’ climate history."

SuperCam is a next-generation version of the ChemCam instrument previously installed on NASA's Curiosity Mars rover, and is designed to identify the chemical and mineral makeup of targets more than 6 meters away. The instrument includes complementary spectroscopy instruments carrying out Raman spectroscopy, time-resolved fluorescence spectroscopy, and Visible and InfraRed (VISIR) reflectance spectroscopy.

More than 1450 observations for chemistry and a similar number of VISIR reflectance spectra on more than 180 targets provided a record of chemical and mineral compositions and alteration at nearly every stop along the rover's traverse. They showed that Jezero Crater is largely made up of igneous, rather than sedimentary, rock; easier to accurately date, but not formed from settled mud.

"Finding these igneous rocks in the bed of an ancient lake on Mars was quite a surprise," said Roger Wiens, principal investigator on the SuperCam instrument. "One would have expected lakebed sediments, but it shows that Mars' history is more complicated than expected, including lava flows in this ancient site." 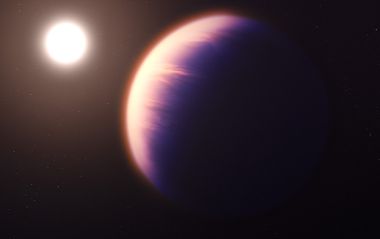 In other astronomical news, even as images from NASA's James Webb Space Telescope (JWST) continue to make waves in the optics community the telescope has now ushered in "a new era of exoplanet science" with the first unequivocal detection of carbon dioxide in a planetary atmosphere outside our solar system.

The finding, due to be published in Nature, relates to the gas giant planet WASP-39b, but suggests that in the future JWST may be able to detect and measure carbon dioxide in the thinner atmospheres of smaller, rocky planets too.

Previous observations from other telescopes had revealed the presence of water vapor, sodium, and potassium in WASP-39b's atmosphere. JWST's NIRSpec infra-red instrument has now confirmed the presence of carbon dioxide on this planet as well.

"As soon as the data appeared on my screen, the whopping carbon dioxide feature grabbed me,” said Zafar Rustamkulov of the JWST Transiting Exoplanet Community Early Release Science team. "It was a special moment, crossing an important threshold in exoplanet sciences."