By Matthew Peach in San Diego 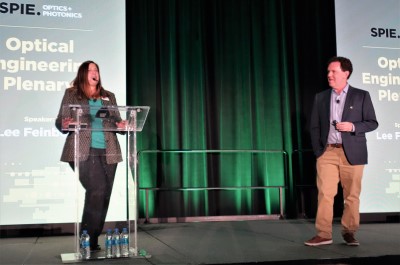 Tuesday’s Optical Engineering Plenary talk at SPIE Optics+Photonics delivered by Lee Feinberg, since 2002 the JWST’s Optical Telescope Element Manager at NASA Goddard Space Flight Center, reviewed the history of the telescope development through testing and on-orbit commissioning with a special focus on the optical technologies.

The large conference hall at the San Diego Convention Center was the fullest it had been throughout the well-attended conference – back to full in-person this year – which made for an electric atmosphere.

In different ways, the Webb story has often been told – especially following the July release of the striking images that were beamed around the world to rapturous response. But Feinberg’s first-hand experience and obvious passion for the project amplified the achievement and clearly inspired the audience. 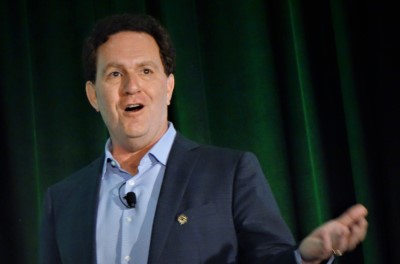 Despite the meticulous planning there were still surprises aplenty for the team at mission control in Baltimore Md: “We were putting a 6.5-meter telescope on the rocket and then seeing it launched on Christmas Day, last year. We were watching from Baltimore in a very festive atmosphere,” Feinberg recalled.

“We were working three shifts a day even before the launch, checking on the telemetry. Then after launch we got to see video from the launch vehicle observing the telescope module after separation of the observatory. We did not have the appreciation beforehand that we would have this view of the telescope flying high over the tip of South Africa. To have that was spectacular,” he said.

At this point the team was worried about when the sun heated up the mirrors, would the temperature increase hit the epoxy and damage it. But Feinberg was reassured: “That worked out okay, so we could then relax until the next stage which was the deployment of 50 different structures – that’s 50 things to go wrong.”

He conveyed the tension of the team as they awaited the next delicate developments, a million miles from Earth: “The sunshield deployed , which was the most difficult of those. Then the secondary mirror structure had to go up, which I called the world’s most complex tripod. If that didn’t deploy we would not have had a telescope.” 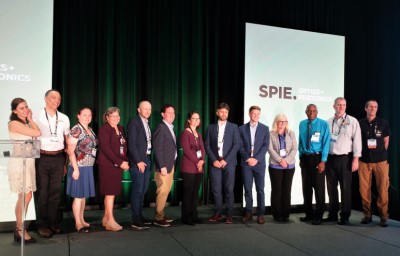 But then that also went smoothly and that set the team up for deploying the mirrors on their hexapod systems. Feinberg said, “It actually took a week to deploy those 18 mirrors – because they moved at the same rate exactly as grass grows – one of the team even model made a model of the JWST array out of grass, which grew the same distance – about 12mm per week – while the mirrors were moving into position.”

Ultimately, the Webb received its first light. “We pointed the telescope at the Large Magellanic Cloud [a satellite galaxy to the Milky Way] as a kind of test. At that point the mirror system was still not aligned so we ended up with 18 images of the field of stars – with 18 different point cloud signatures – because each one was misaligned in a different way.

“But immediately we knew that we had a successful result – even though they had not been aligned. We even named some of those images – one of them looked like a pair of lips so we named it Mick Jagger. 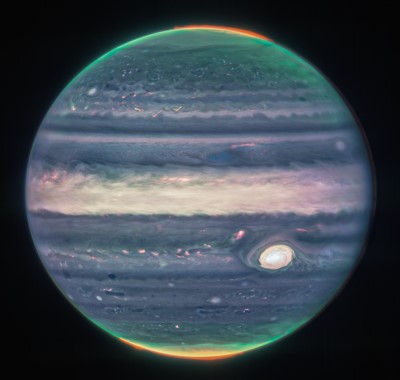 “We were really excited when we found all 18 spots very early in that mosaic arrangement – all within about 2.5 arc minutes – which is a testament to the team at Northrop Grumman, who did the alignment. That gave us the confidence that our models were reasonable. That was the starting point for the alignment of the telescope. We had to align the secondary mirror to check our focus, which we achieved, which was a very happy moment for us.”

Later on when the first aligned, corrected and filtered images appeared, Feinberg knew that all the preparation and planning had been worth it: “As soon as we started looking at the first proper images, we realized that there were a whole lot of galaxies in the back ground. That made us realize that every field is a deep field with the JWST,” he said.

The day before Feinberg was making his presentation at Optics+Photonics, NASA had released yet another amazing image derived from Webb – that of Jupiter, showing unprecedented, clear views of the northern and southern lights of the Solar System’s largest planet.

• Previously Lee Feinberg was the Assistant Chief for Technology in the Instrument Systems and Technology Division at Goddard and prior to that he was part of the optical team that repaired the Hubble Space Telescope on SM1, STIS instrument manager on SM-2, and he co-led the concept study for Wide Field Camera-3. Feinberg is a Society of Photo-Optical Instrumentation Engineers (SPIE) Fellow and a Goddard Space Flight Center Senior Fellow.