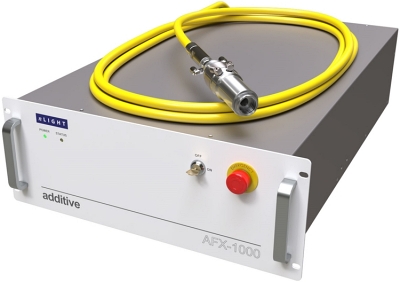 Semiconductor and fiber laser maker nLight has posted sales revenues of just under $61 million for the quarter ending June 30 - down 12 per cent on the same period last year, but in line with expectations.

That was despite the impact of Covid-related lockdowns in China, which directly affected the firm’s assembly facility in Shanghai for two months until it re-opened in early June.

On top of that, nLight’s executive team said that the weaker macroeconomic situation in China saw sales in the region drop 75 per cent year-on-year, and account for only 8 per cent of quarterly revenues - the lowest proportion recorded in the company’s recent history.

However, sales of lasers for industrial applications to customers outside of China jumped to $20 million in the quarter, and have more than doubled over the past two years.

He pointed to continued strong demand in microfabrication applications and the delivery of new products for directed energy weapons development as examples of progress, along with traction in additive manufacturing, and signs of progress with the firm’s recently released 2 µm lasers, initially for medical applications in urology.

In the additive sector, Keeney said that demand was “growing nicely”, but that to be truly viable there was still a need to drive up productivity - partly through the use of more lasers per tool, and more effective lasers.

The CEO indicated that nLight was making progress here with its programmable lasers, which are able to produce metal components with desirable mechanical qualities.

Automation investment
Keeney told investors that supply-chain challenges were ongoing, with increased costs in labor, freight, and logistics all having an impact on the bottom line.

nLight is looking to mitigate that impact with significant investments in automation at its new manufacturing facility in the US, and has just appointed a new chief operating officer - in the form of former Celestica executive Chris Schechter - to further drive that activity.

Like some of its competitors, the company has also sought to build inventory of key components so that it can safeguard deliveries and react quickly to customer requirements.

Looking ahead, Keeney and his executive team are anticipating a slight rise in sales in the current quarter, to between $60 million and $66 million. That would represent a decline on the record-breaking total of $72 million posted by the company for the equivalent quarter last year.

• Following the latest update, nLight’s stock price dropped in value slightly on the Nasdaq exchange. Closing at $11.68 on August 9, it has now halved in value since the start of 2022.