nLight beats forecast as it prepares to extend power range 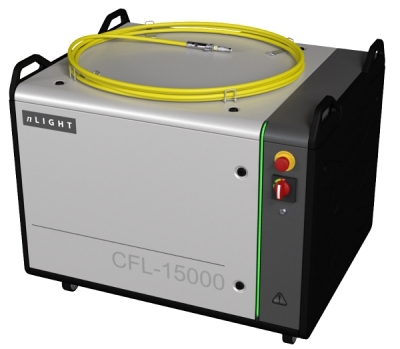 The company, now headquartered in Camas, Washington, said that it was benefiting from greater market pull outside of China.

But despite the 33 per cent increase in sales compared with the same, Covid-impacted quarter last year, nLight’s operating loss for the period widened to $9 million as investment in research activity and other spending jumped significantly.

Selective in China
Focusing on the sharp revenue increase, CEO Scott Keeney told an investor conference call that sales into laser microfabrication applications had jumped more than 40 per cent compared with the same period last year.

Keeney also emphasized the increase in business outside of China, which has been a key market for nLight historically. In the latest quarter, customers in China accounted for 27 per cent of sales. That figure has declined from 41 per cent a year ago.

“While we continue to serve leading customers in China, we are being selective with respect to our customer engagement and new business,” noted the CEO.

“Our increased strategic focus on the non-China industrial and aerospace markets where we are delivering innovative solutions are the key areas of our growth going forward.”

Asked whether nLight was anticipating the same slowdown in China noted by its larger rival IPG Photonics in its recent financial update, Keeney responded:

“We don't see dramatic changes. We don't see any signs of cyclical peaking in China, but we continue to be disciplined with that strategy that we've outlined.”

Directed energy boost
One of nLight’s most important non-China markets is directed energy laser weapons, where the firm has a long-standing involvement in US defense programs.

Keeney revealed that the company has just signed a multi-year contract extension worth close to $50 million with an existing customer working on those weapons.

“In directed energy, we continue to achieve important technical milestones that further demonstrate the capabilities of our laser technology,” he added. “This progress would not be possible without nLight’s vertical integration from diode to beam control.”

nLight acquired expertise in beam control and combining with the deal to buy Nutronics in late 2019.

“We've also continued to make significant progress in additive manufacturing, where we are now engaged with leading powder bed fusion systems OEMs,” Keeney told investors, pointing out that the additive sector was helping to boost sales of lasers towards the lower-power end of the nLight product range.

The opposite end of that power range is about to be extended significantly, with nLight preparing to exhibit a new 20 kW fiber source at next month’s Fabtech trade show in Chicago.

Looking ahead, Keeney and colleagues believe that despite the negative impact of supply-chain shortages - something that is impacting industrial markets across the board - nLight should post another increase in revenues for the September quarter, to somewhere between $68 million and $74 million.

• Following the latest update, nLight’s stock price dropped in value slightly, and stood at just under $29 at close of trading on the Nasdaq August 10. That figure equates to a market capitalization in the region of $1.2 billion.