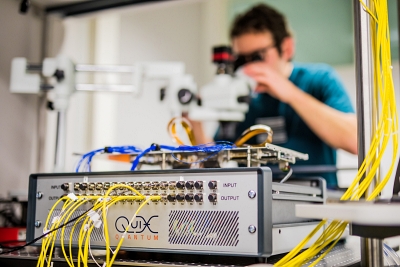 QuiX Quantum, a spin-out from the University of Enschede in the Netherlands working on photonic quantum processors, has completed a round of seed funding worth €5.5 million.

Provided by local backers including the photonics industry body PhotonDelta, the funding should help take QuiX closer to creating what would be the world’s most powerful photonic quantum computer, with 20 so-called “qumodes” - the optical equivalent of qubits.

It marks the first major investment by PhotonDelta since it secured €1.1 billion from the Dutch government to expand the Dutch photonics ecosystem. Tech-focused venture fund FORWARD.one and regional development agency Oost NL also took part in the round.

The funding sees Stefan Hengesbach, previously managing director of another quantum startup - Q.ANT in Stuttgart, Germany - become QuiX CEO, with founder Hans van den Vlekkert stepping back from an operational role but remaining as a director and shareholder.

50-qumode processor slated for 2023
QuiX, whose processors are based around photonic integrated circuits (PICs) manipulating near-infrared light, was set up in 2019 by van den Vlekkert and Jelmer Renema following a research collaboration between the University Twente and Enschede-based LioniX International, and employs 15 people.

QuiX now claims that its approach has become the de facto standard for photonic quantum processing in the UK, France, Germany and Hungary - thanks to its provision of 12- and 20-qumode processing.

While most existing quantum computers use superconducting or trapped ion elements, these require extreme levels of cooling, adding cost, size, and complexity to the systems. In contrast PICs operate at room temperature, along with most of the components in a photonic quantum computer.

“As a result PICs have emerged as the ideal technology for quantum computing,” stated QuiX, which is expecting to launch a full system photonic quantum computer based on its 20-qumode processor in early 2023.

A 50-qumode processor is expected to follow later next year, in a development described as analogous to increasing the processing power of the approach from that of a laptop to a supercomputer. 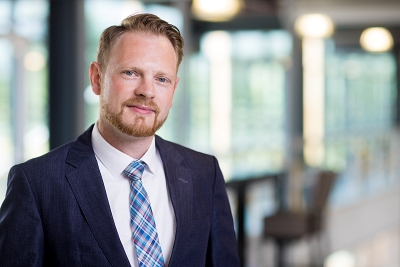 New CEO Hengesbach commented: “QuiX Quantum’s processors are already world-leading and ideally suited to create the most powerful photonic quantum computer we have yet seen.

“This round brings us a huge leap forward towards this goal and will enable us to start production of a game-changing 50-qumode processor.”

Hengesbach added that although the technical terminology in quantum computing can be very complicated, the critical point to recognize was just how radical the technology is.

“It will impact every part of our lives from enabling truly smart cities and developing new drugs to answering some of the most profound questions about the nature of our universe,” he predicted.

Plug and play
Ewit Roos, the CEO of PhotonDelta, said: “QuiX Quantum is one of the Netherlands’ most exciting startups. In only three years it has become an industry leader and now, with this initial investment, it will be able to make a serious breakthrough in quantum computing.

“Photonics is an incredibly powerful new technology that has scores of applications. QuiX Quantum is showcasing how it can be applied to overcome some major hurdles in quantum computing and underscoring why it is so important that we build our own European photonics industry.”

Paul Pruijmboom, partner at FORWARD.one, added: “QuiX Quantum will play a vital role in the adoption of quantum computing because of its scalability and stable plug and play systems.

“This distinguishes it from competitors in the industry. Multiple systems are already shipped throughout Europe and it is [only] a matter of time [until] other parts of the world will recognize QuiX Quantum’s unique capabilities as well.”

According to QuiX those capabilities include the very low optical losses of its PIC-based setup, as well as the sheer number of qumodes.

“The quality of the processor is determined by the amount of light that is lost passing through the processor; the less the better,” explains the firm.

Developed partly under the EU-funded “PHOQUSING” project, the approach uses a 20-mode silicon nitride PIC optimized to operate at 925 nm and employing close to 400 tunable elements. 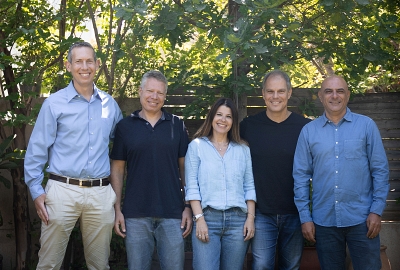 According to the project’s results, other key features include low optical losses (2.9 dB per mode), high fidelity, and high-visibility quantum interference.

The Tel Aviv firm was set up by Barak Dayan - head of the quantum optics laboratory at the Weizmann Institute of Science - alongside three serial entrepreneurs, and now employs 25 physicists and engineers.

CEO Oled Malomed, who co-founded Altair Semiconductor before it was acquired by Sony, claimed: “The photonic quantum technology that Quantum Source is developing will enable a dramatic leap forward and the realization of quantum computer systems with millions of qubits.”