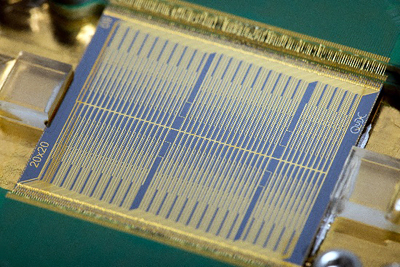 Quantum computers promise to propel computing far beyond what today's computers are capable of, but this potential has yet to be realized. In their search for a way to demonstrate quantum supremacy, researchers working in the EU-funded PHOQUSING project are developing a hybrid computational system based on cutting-edge integrated photonics that combines classical and quantum processes.

The project’s goal is to develop a quantum-sampling machine that will put Europe at the forefront of photonic quantum computing. With this goal in mind, PHOQUSING project partner QuiX Quantum in the Netherlands (a spin-out of the University of Twente) has created the largest quantum photonic processor compatible with quantum dots. The processor is the central component of the quantum sampling machine, described by Quix as, “a near-term quantum computing device able to show a quantum advantage.”

The processor the research team developed is a “record-sized” 20-mode silicon nitride photonic chip that is optimized for use at the near-infrared wavelength range, operating at a wavelength of 925nm. According to a webinar video presenting the processor, the 20 input modes with 190 unit cells and 380 tunable elements likely make this processor the most complex photonic chip available today.

Besides the large number of modes, key features of the quantum photonic processor include low optical losses (of 2.9 decibels per mode) and high fidelity (99.5% for permutation matrices and 97.4% for Haar-random matrices). The turnkey processor also enables high-visibility quantum interference (98 %).

Prof. Fabio Sciarrino commented, “The established high-performance photonic technology provided by QuiX Quantum is crucial for the success of the project as it addresses the need of science-to-technology transition needed for developing useful quantum computation.”

The project brings together seven partners from France, Italy, the Netherlands and Portugal: five academic and research organizations and two industrial players, all European leaders in the field of quantum information processing and integrated photonics. 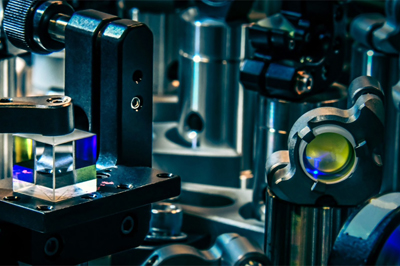 Quantum computing systems developer Quantinuum, based in Charlotte, NC, US, with locations worldwide, has announced a major upgrade to its System Model H1 technology that includes expanding to 20 fully connected qubits and increasing the number of quantum operations that can be completed in parallel.

Quantinuum claims to be the world’s largest integrated quantum computing company, formed by the combination of Honeywell Quantum Solutions’ hardware and Cambridge Quantum’s middleware and applications. The newly upgraded H1-1 quantum computer has undergone extensive testing to verify performance and functionality, including by banking customer JPMorgan Chase, which has published its results.

“With these upgrades, developers can run more complex calculations than they could before, without sacrificing performance,” said Tony Uttley, Quantinuum’s president and COO. “This upgrade is another example of our business model of continuously upgrading systems, even after they are in commercial use.”

“The quantum computing team at JPMorgan Chase has been using Quantinuum’s quantum computer to run experiments that use mid-circuit measurement and reuse and quantum conditional logic, taking advantage of the computer’s high quantum volume,” said Marco Pistoia, Ph.D., Distinguished Engineer and Head of Quantum Computing and Communication Research in the bank.

Pistoia added, “In our experiments, we used the 20 qubits of the H1-1 computer on a quantum Natural Language Processing algorithm for extractive text summarization. The results were almost identical to the reference values computed with a noiseless simulator, validating the computer’s high fidelity, as shown in our recent arXiv preprint.”

Several upgrades were made by the Quantinuum team to the H1-1 machine, including:

Uttley said such upgrades prove an important next step in the H-Series roadmap - the ability to increase the qubit count and number of gate zones without compromising gate fidelity. The second version of the System Model H1, the H1-2, is scheduled to undergo similar upgrades later in 2022.