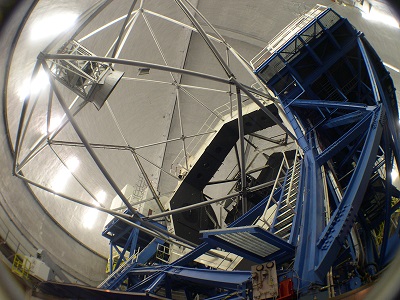 The W. M. Keck Observatory and ALPAO have announced that they are partnering to develop an adaptive optics system for the Keck II 10-meter telescope, located on Maunakea, Hawaii.

The firms are working together to develop a deformable mirror to upgrade the existing adaptive optics system on the telescope. The project, called HAKA (High order All-sky Keck Adaptive optics), includes the development, test, and delivery of a large, high-density, high-frequency deformable mirror based on the electromagnetic technology patented by ALPAO.

The pair announced this week at SPIE Astronomical Telescopes & Instrumentation that through this partnership, they will “leverage the extensive knowledge and expertise in adaptive optics technology from both teams to advance the techniques used to correct the blurring of astronomical images caused by turbulence in the Earth’s atmosphere.”

He added, “We have a unique position in our 3000+ actuators deformable mirrors production facility (in Montbonnot, France), which will be further strengthened by this announcement.” 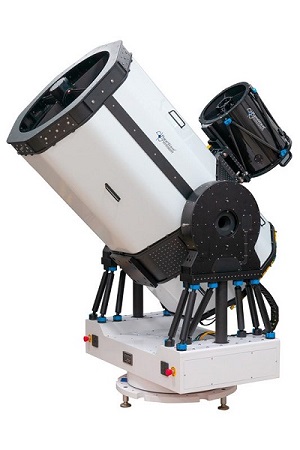 Dr. Sam Ragland, senior adaptive optics systems scientist at Keck Observatory, said, “When used in combination with the next-generation science instruments being developed for Keck, this upgrade will enable the direct imaging of dozens of never-before-seen exoplanets, characterizing their atmospheres, and measuring their dynamical masses.”

HartSCI’s AO systems have previously been paired with PlaneWave’s telescopes but typically were purchased separately and secondarily, as an AO system might take up to two years to customize, manufacture, deliver, and install before the customer could use it.

Now, HartSCI has designed and created a next generation AO system that seamlessly integrates with the RC700 (pictured above), CDK700, and PW1000 systems. “This has never been done before,” said Stephen Warner, Vice President and Program Manager for HartSCI.

“It used to cost upwards of one million dollars for a customer to purchase an adaptive optics system and take 18-24 months until you could actually use the system to collect data. Now, our systems are available for a fraction of the cost and time and we can be on-sky the same night as the installation.”