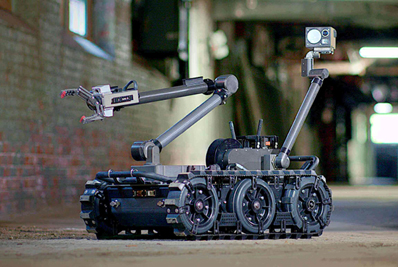 Since 2020, Flir has announced orders totaling more than 1,800 Centaurs from the Army, Navy, Air Force, and Marine Corps.

“Our Centaur platform continues to prove itself as one of the most versatile and sought after tactical Unmanned Ground Vehicles to support America’s military,” said Tom Frost, general manager of Flir’s Unmanned Ground Systems. “Centaur also can be used effectively for UXO clearance in hotspots such as Ukraine, and with global security threats on the rise, allied nations can leverage this multi-purpose robot to support a wide array of manned/unmanned operations.”

The Teledyne FLIR Centaur is a described as “an Interoperability Protocol (IOP)-compliant robot featuring an advanced EO/IR camera suite, a manipulator arm that reaches over six feet, and the ability to climb stairs.” 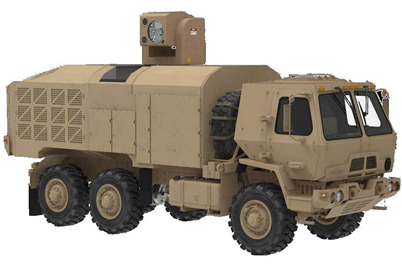 Military and aerospace technology developer Northrop Grumman has completed the preliminary design review for a high-energy laser prototype that will feature an architecture scalable to more than a megawatt for the U.S. Department of Defense.

“This is an important step in the ability to combine high-power laser beams into a single beam that can be scaled for maximum power,” commented Robert Fleming, vice president and general manager, strategic space systems, Northrop Grumman. “We’re on track to demonstrate the technology, leveraging our decades of experience in the field.”

The company commented that it “will test the prototype at progressively higher powers later this year to prove the coherent beam combining design.”

Helicopter Vision Suite enables pilots to ‘own the weather’

Israel-headquartered defense firm Elbit Systems has launched a technological “vision suite” for military helicopters. The package integrates a sophisticated sensor array, an AI-driven mission computer and a helmet-mounted display system. This enables helicopter pilots to see through the body of the aircraft and gives them a wide field of view, day and night, in challenging weather and visibility condition.

X-Sight HMD for helicopter pilots; and its view of fused Xplore and BrightNite feeds.

The suite comprises: the recently introduced X-Sight HMD system for helicopters; a new AI-powered mission computer for real-time data fusion and machine learning of obstacles and threats; and an integrated array of sensor systems combining the innovative Xplore radar together with the operational BrightNite multi-spectral payload, which includes both day and Infra-Red cameras for thermal vision.

Xplore is a compact airborne radar that can be installed onboard any aircraft enabling flight during all visibility conditions. The radar generates a synthetic picture of flight route terrain, providing advanced warning of obstacles, such as power lines and antennas, enabling low altitude flight even in zero visibility.