optics.org attended a selection of SATI conferences Sunday to gain insight into different aspects of this booming sector. 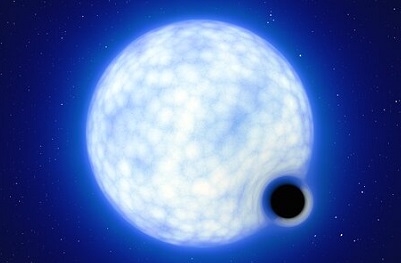 Artist’s impression of VFTS 243 in the Tarantula Nebula.

The Paranal Observatory is located in northern Chile at an altitude of 2,635 m, 120 km south of the city of Antofagasta. By total light-collecting area, it is the largest optical-infrared observatory in the Southern Hemisphere; worldwide, it is second only to the Mauna Kea Observatory on Hawaii.

The Paranal Instrumentation Programme, presented for the first time ten years ago at the 2012 equivalent SPIE conference, is responsible for planning and delivering the instruments and infrastructures needed to keep the VLT and La Silla Observatories “at the forefront of ground-based astronomy,” said Hubin.

“After the completion of the second generation VLT/I instruments (MUSE, SPHERE, MATISSE, GRAVITY, ESPRESSO) and infrastructures (AOF, VLTI), a new generation of instruments is being commissioned, for the VLT (ERIS, MOONS) and for the 4 meter class telescopes (NIRPS, SoXS, 4MOST),” Hubin said.

“Following a strategy intended to maximize the scientific output of the VLT/I in the ELT era, upgrades are performed (CRIRES, FORS) and three new projects (MAVIS, CUBES and GRAVITY+) have recently started, with BlueMUSE next in the pipeline.”

Coincident with Dr. Hubin’s presentation, ESO this week announced that a team of astronomers, “renowned for debunking several black hole discoveries”, have found a stellar-mass black hole in the Large Magellanic Cloud, a neighbouring galaxy to our own.

Study leader Tomer Shenar commented, “For the first time, our team got together to report on a black hole discovery, instead of rejecting one.” The team found that the star that had given rise to the black hole had “vanished without any sign of a powerful explosion”. The discovery was made thanks to six years of observations obtained with ESO’s Very Large Telescope.

“Typical problems caused by tiny fragments of dust or ice (less than 1mm in size) include the following: chipped areas left after an impact increase local scattering of optical radiation; the associated increased straylight background reduces image contrast; and chipped edges of impact craters can also cause diffraction effects.”

Dr. Barilaro added that his group’s data “will provide a set of requirements for ground-based tests to be performed at the MCAST Impact Facility.”

In relation to the group’s impact simulations in Malta’s world-class lab, further work will try to reduce the computational effort; in parallel, the possibility of employing experimental data from high velocity impact tests with a focus on importing the reconstructed optical characteristics of the surfaces after an impact will be investigated.

Furthermore, a pathfinder campaign is planned for winter 2022 to analyze samples of cratered optical surfaces at partner institution, the University of Padova, Italy. Here, the aim is to digitally reconstruct the “impact crater maps”. 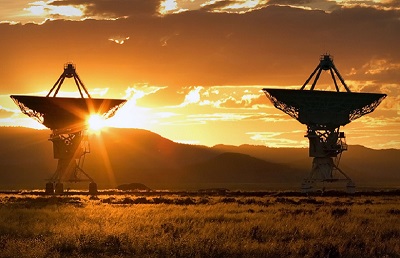 Another 10-year review, this time of NASA’s strategic astrophysics technology investments, was presented by Dr. Opher Ganel of Knowledge Web (U.S.); his outlook being informed by the 2020 Decadal Survey. Dr. Ganel is a technologist at the NASA Astrophysics Division's Physics of the Cosmos (PCOS) and Cosmic Origins (COR) Program Offices, working with the PCOS/COR Technology Development Manager.

Continuing such a record of success requires ever-more-advanced technologies, he said, as the science requirements of each new mission are more challenging than those of its predecessors. Maturing technologies across the mid-range of Technology Readiness Levels, from 3 to 6, the so-called “Mid-TRL gap,” is crucial to developing indispensable components for such missions, a fact that was historically not appreciated, he said.

Dr. Ganel added, “Recognizing this gap, in 2009, NASA’s Astrophysics Division established the Strategic Astrophysics Technology Program. In the decade plus since, the SAT program, along with direct funding of certain technology-development efforts, has provided a wide array of benefits including significant milestones, such as TRL maturation, infusion of technologies into projects and missions, training the astrophysics workforce, and many more. 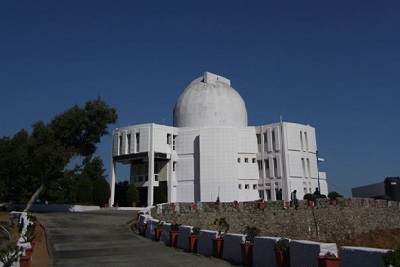 Dr. Grégory Lousberg, of AMOS, Belgium, gave the SATI conference a review of the Mount Abu (infrared) telescope recently installed in India. His company, AMOS, completed the on-site erection and performance evaluation campaign of the 2.5m telescope now installed on Mount Abu, in the province of Rajasthan, for India’s Physical Research Laboratory.

“The 20m focal length telescope has a Ritchey-Chrétien optical configuration. It is equipped with a primary active mirror; an active positioning of the secondary mirror and a first order adaptive optical system,” Dr. Lousberg explained.

The telescope operates in the 0.37-4 μm spectral range. The project fulfilment relies on the AMOS multidisciplinary expertise in design; manufacturing and verification of high-accuracy optical; mechanical and opto-mechanical systems.

Dr. Lousberg described the assembly; integration; alignment and verifications carried out on site: “The alignment relies on the coma-free point method. The end-to-end telescope performances, such as image quality, pointing, and tracking, are measured on sky using the verification instrument in combination with wavefront-curvature sensing and lucky imaging techniques.”