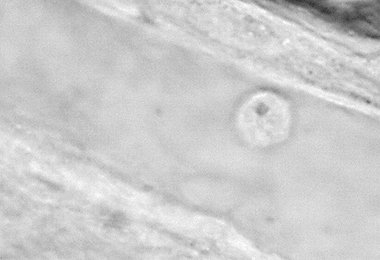 Research into targeted drug delivery and therapeutic treatment within the body often makes use of photonics technologies, exploiting the precisely localized action that laser pulses can deliver.

One approach has been to arrange for drug molecules to be carried to a desired area on a carrier substrate or particle, encapsulated by suitable molecules such as lipids. Irradiation of the particles with a laser once in position can release the payload or activate the drug.

Microdevices and nanomachines are potentially another way to ensure that drug molecules are actively directed to the intended target site, and different ways to turn incident light into directional control have been investigated.

A project at Jinan University has now developed an approach in which neutrophils, the commonest type of white cell in human blood and a first line of defense against pathogens, can be optically manipulated and directed to desired locations. Neutrophil-based treatment strategies have been investigated before, but have usually relied on spontaneous natural motion to get the cells to the right places.

"Using cells already present in the body, such as neutrophils, could be a less invasive alternative for drug delivery that wouldn't set off the immune system," commented the project, based at Jinan's Institute of Nanophotoniucs Technology. "These white blood cells already naturally pick up nanoparticles and dead red blood cells and can migrate through blood vessels into adjacent tissues, so they are good candidates for becoming microrobots."

A laser as the wireless key, steering wheel and engine

As proof-of-concept, the project employed commercial scanning optical tweezers operating at 1064 nanometers, a wavelength intended to combine weak absorption by organic tissues and limited risk of thermal damage. Tests showed that a flowing neutrophil could be trapped successfully and stably in a blood vessel by the optical gradient force.

As well as basic directional control, the use of two laser beams in a cyclic manner can stretch the neutrophil and alter its morphology, creating the protruded pseudopod shape known to characterize an "activated" neutrophil and essential to its attack on invasive pathogens. The same optical forces can then guide and promote the transmigration of the activated neutrophil across biological barriers, such as blood vessel walls.

"The optical force can be regarded as a wireless key for remote activation, a steering wheel for navigation, and an engine for actuation," commented the Jinan team in its published paper. "In this way, a native neutrophil microcraft can be constructed in vivo through the organic integration of endogenous neutrophils and programmable optical manipulation."

In trials, a series of motion controls were successfully applied to single and multiple neutrophils in the blood vessels of zebrafish, along with reversal activation of the cells through manipulation of their morphology. A neutrophil was also induced to collect and transport a polystyrene nanoparticle, as a model for potential loading and transportation of nanomedicine by the guided cells.

"This concept of a native neutrophil microcraft could hold great promise for the active execution of complex medical tasks in vivo, with great potential utility in the treatment of inflammatory diseases," commented the project.