Acquisition receives the go-ahead from Chinese regulators and should be completed July 1. 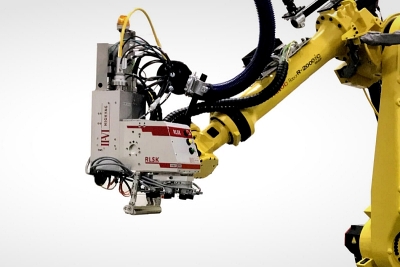 The merger of two of the photonics industry’s biggest companies - II-VI and Coherent - is finally set for completion, after anti-trust regulators in China approved the deal.

Agreed in March last year, after II-VI had won a bidding war with Lumentum and MKS Instruments, the acquisition had initially been expected to complete by the end of 2021.

That date was then pushed back to early 2022, before further delays with China’s State Administration for Market Regulation (SAMR). In II-VI’s most recent financial update, company CEO Chuck Mattera told investors that the deal should be done by the end of June, and it now appears set for completion July 1 - barring any last-minute complications.

In a filing with the US Securities & Exchange Commission (SEC) dated June 28, II-VI stated: “The clearance decision from SAMR satisfies the closing condition set forth in the previously announced merger agreement regarding the receipt of antitrust approvals. II-VI expects the closing of its acquisition of Coherent to occur on or about July 1, 2022.”

Industrial scale
Under the terms of the agreement, Coherent stockholders are due to receive $220 in cash and 0.91 II-VI shares in exchange for each Coherent share. When the deal was first struck, that equated to around $7 billion in total.

Assuming it does now complete, the merger will create an extremely large and diverse company with expertise and substantial market share across several market sectors addressed by optics and photonics technologies, and combined annual sales in the region of $4.5 billion.

Reliant on $5 billion in loans from JP Morgan, and up to $2.15 billion in equity financing from Bain Capital, it will also mean that II-VI has grown by close to an order of magnitude in little more than a decade - in its fiscal year 2013, the Pittsburgh-headquartered company posted sales of just over $550 million.

II-VI has previously described the deal as creating a “transformative combination” that will be able to take advantage of macroeconomic megatrends like vehicle electrification, artificial intelligence, and 5G connectivity, with a scale and diversity that should yield better resilience to market cycles.

In its own “investment thesis”, Bain Capital said that the combination would represent a “clear technology leader” in the photonics value chain, with high growth potential.

Bain also calculated that research and development spending by the combined company would be by far the largest among its peers, and expects the merger to create an industrial technology firm comparable to the likes of Corning, Agilent, or Teledyne Technologies.