Move clears the way for the laser firm to join forces with II-VI, creating the world’s largest photonics company. 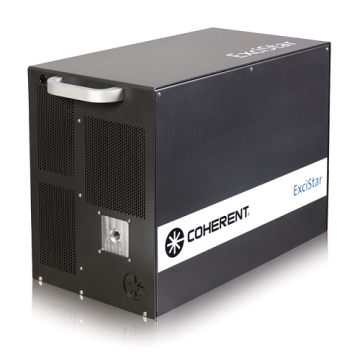 Lumentum says it has received notice from its Silicon Valley neighbor Coherent that it has terminated the planned merger of the two companies, clearing the way for Coherent to instead join forces with II-VI.

Over the past few weeks Santa Clara-based Coherent, one of the best-known and historic brands in the laser business, has been subject to a bidding war between rivals Lumentum, MKS Instruments, and II-VI.

That was sparked by the initial merger agreement between Lumentum and Coherent back in January, a cash-plus-stock deal valuing Coherent at $5.7 billion.

Although the figure represented a 50 per cent premium on Coherent’s stock price valuation at the time, subsequent unsolicited bids from MKS and II-VI, plus a series of revisions as the rival bidders upped the ante on the initial Lumentum deal, drove the acquisition price beyond $7 billion.

‘Inferior offer’
In a release revealing Coherent’s rejection, Lumentum suggested that the Coherent board of directors had chosen to accept an offer from II-VI that was “inferior in overall value and cash consideration”.

However, that calculation depends on exactly which stock price valuations are used to calculate the total cost of the rival deals. When II-VI made its final and - seemingly - winning offer, it calculated the total at $287.18 per Coherent share, partly by using the average price of II-VI stock over a ten-day period prior to March 16.

To justify its alternative calculation, Lumentum used closing stock prices on March 24. By that method, Lumentum’s final offer amounted to $283.12 for each Coherent share - equivalent to just over $6.9 billion - and was marginally higher than II-VI’s $281.21 bid.

Coherent’s rejection of the Lumentum merger also means that a termination fee of $217.6 million will now be payable to the latter, in accordance with a clause in the original merger agreement from January. Coherent has confirmed that it will make this payment.

Photonics giant
While a merger between II-VI and Coherent now looks set to go ahead, it will still require approval from both sets of company shareholders and regulatory authorities in various geographic jurisdictions. The two firms expect the deal to close by the end of this year.

Assuming that it does get the green light, it will create a highly diversified photonics company with large shares across several key market sectors.

Bain Capital, which has pledged to support the II-VI merger plan with an investment of up to $2.15 billion in the combined companies, believes that it will benefit from a significantly larger scale than its peers in the photonics business.

With combined annual revenues in the region of $4.1 billion, the merged entity would eclipse by some distance the sales of MKS, Lumentum, and IPG Photonics, as well as privately owned Trumpf.

The private equity giant is looking to help create an industrial technology company with a scale not seen before in the photonics sector, and more comparable with the likes of Agilent, Rockwell Automation, or Teledyne Technologies.

As well as becoming a significant shareholder in the company, Bain will also benefit from a 5 per cent dividend payable on its convertible preferred stock. Its co-chairman Steve Pagliuca is also expected to join the board of directors.

• Following the latest, seemingly definitive, development, Lumentum's stock price rose by 6 per cent in pre-market trading on March 25 - while II-VI's dropped by almost the same degree.