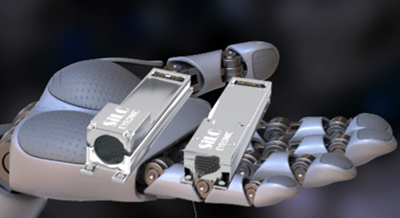 Launched at the end of 2021, SiLC’s Eyeonic Vision Sensor is an FMCW lidar transceiver. At its heart is SiLC’s silicon photonic chip, which integrates FMCW LiDAR functionality into a single, tiny chip. SiLC says the chip is “the only readily-integratable solution for manufacturers building the next generation of autonomous vehicles, security solutions and industrial robots.”

Dr. Mehdi Asghari, SiLC’s CEO and founder, commented, “To integrate all of the functionalities needed for a coherent lidar [system] into a single photonic chip is a complex art that takes many years to master. The combination of precision optical assembly and automotive capabilities make Cloud Light an ideal partner for manufacturing our vision sensors. All modules that we ship to customers this year will be made by SiLC’s mature manufacturing ecosystem and led by Cloud Light.”

Dennis Tong, CEO and founder of Cloud Light, said, “Cloud Light provides design capabilities and manufacturing excellence for advanced optical modules. Our automated assembly and test platform for silicon photonics enables SiLC to ramp up volume and scale its products to the automotive industry and beyond.”