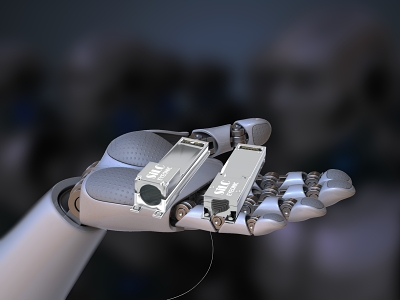 California-based startup SiLC Technologies has launched a new lidar product that the company believes will transform applications of the photonics technology in machine vision and autonomous vehicles.

Called “Eyeonic”, the sensor is based on the frequency-modulated continuous-wave (FMCW) approach, which is more technically complex than conventional lidar but offers additional functionality and the ability to shrink systems to chip-scale.

“Harvesting the additional information that is carried by photons, Eyeonic is the foundation for the next generation of machine vision,” stated the Monrovia, Los Angeles, firm.

Describing Eyeonic as a “first-of-its-kind” FMCW lidar transceiver, the system is based around highly integrated silicon photonics technology and short-wave infrared (SWIR) lasers.

“Representing decades of silicon photonics innovation, this chip is the only readily-integratable solution for manufacturers building the next generation of autonomous vehicles, security solutions and industrial robots,” claims the firm.

‘Transformational’ technology
Although dozens of lidar companies are now actively competing in the emerging market areas targeted by SiLC, only a handful are working on FMCW. Others include Aeva, Baraja, and Aurora Innovation.

SiLC CEO and founder Mehdi Asghari said in a release announcing the new product: “Eyeonic will be transformational to many industries across the globe by enabling the anticipated mass migration to coherent imaging.

“Our unique technology and innovative manufacturing process puts SiLC in the optimal position to provide the key building blocks needed for this next wave of significant innovation - at a competitive price.”

The key difference between FMCW and pulsed lidar schemes is the former’s ability to discern both positional and velocity information from objects in its vicinity.

Relying on coherent optics and a “chirped” laser source, it requires more advanced photonic components than pulsed and flash lidar concepts, but offers the promise of low-power operation and miniaturization to the scale of a chip.

SiLC adds that its technology provides polarization intensity information, which the company believes will take machine vision perception closer than ever to human visual cognition.

“The ability to manufacture commercial-grade coherent lidar solutions has become a pacing factor for market growth – a situation that SiLC is remedying,” adds the firm.

“SiLC intends to make this technology available to all system integrators and end-users, starting with enabling early access to strategic partners in autonomy, security and industrial applications.”

Pigtailed and fiberless options
Earlier this year SiLC said that it had signed up the Japanese automation technology pioneer Hokuyo Automatic as a strategic collaborator, with the two companies aiming FMCW lidar at industrial deployments including robots. 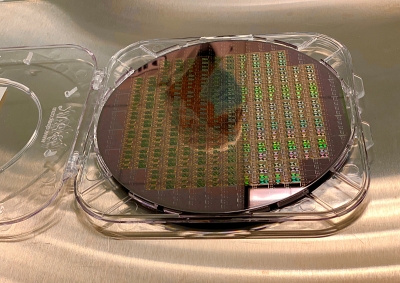 Offered in both fiber-pigtailed and fiberless configurations, the Eyeonic product is said to address some of the persistent technical challenges in machine vision.

“Fiberless vision sensors have long been sought after as they enable the lowest cost in a compact configuration,” SiLC says. “The fiber-pigtailed Eyeonic allows for design flexibility by supporting configurations where the FMCW lidar transceiver and scanning unit are at different locations."

“This is the first step toward a scalable, lightweight, low-cost solution that can measure the full motion of any object - without any prior training.”

• Interested parties will be able to see demonstrations of the Eyeonic Vision Sensor at the CES 2022 event taking place in Las Vegas in early January.