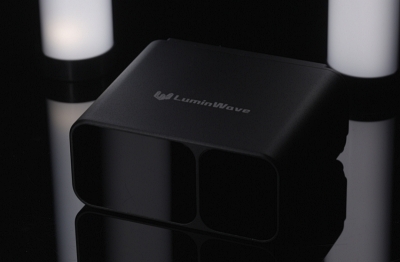 LuminWave, a China-based startup company developing frequency-modulated continuous-wave (FMCW) lidar technology, says it has raised $20 million in a series B round of venture funding.

The Hangzhou-headquartered firm, which was founded by MIT researchers in 2018 and also has an office in California, is planning to use the money to scale up its workforce and further develop its integrated photonics platform.

‘Ultimate solution’
The company currently offers two different product families. Its “D-Series” is a low-cost, non-FMCW approach to collision avoidance and blind-spot detection, with the first product in the series now in volume production.

LuminWave’s second product family is its “F-Series”, which uses FMCW. Unlike conventional pulsed lidar systems, FMCW can detect both the position and velocity of other objects on the road.

The optically coherent nature of the detection scheme also guarantees interference immunity from ambient light and other lidars in the vicinity.

LuminWave CEO Ningning Feng said in a statement revealing the latest funding: “As more lidars are being deployed on the road, immunity from lidar crosstalk will become crucial to safety. Our FMCW lidar perfectly addresses this issue.”

The firm’s latest funding was led by the Chinese investment fund Anxin Capital, with participation from Value Capital and Nuoyan Capital.

Wang Yonggang, the CEO of Anxin Capital, observed: "We have seen accelerated lidar adoption in passenger and commercial vehicles since 2021.

“The current products are mostly mechanically scanned and assembled by discrete components. However, we see a clear trend of transition to solid-state scanning and chip-based integration in the near future.

“LuminWave’s FMCW solid-state solution, based on CMOS photonics technology, can greatly reduce the complexity and the cost and is expected to become the ultimate solution for lidar sensors in autonomous driving.”

FMCW advantages
While the majority of companies in the lidar sector have developed mechanical and time-of-flight systems, a small but growing number of startup firms have migrated to the FMCW approach.

While much more technologically demanding, FMCW is said by its proponents to be superior. Relying on coherent optics and a “chirped” laser source, it requires more advanced photonic components than pulsed and flash lidar concepts, but offers the promise of low-power operation and miniaturization to the scale of a chip.

Among the other companies offering FMCW solutions are Aeva, SiLC Technologies, Aurora, and Scantinel Photonics, while a research group at technology giant Intel is also working on the technology.