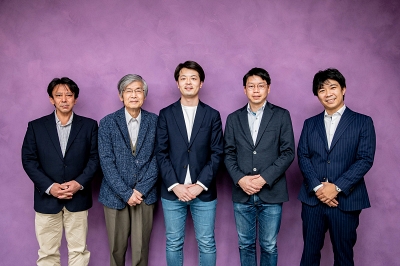 EX-Fusion, claimed to be the first startup in Japan aimed at commercializing laser-based fusion for power generation, says it has closed an initial stage of funding worth ¥130 million ($1 million).

Described as a “pre-seed” round, the financing effort was led by Tokyo-based venture capital firm ANRI, alongside Osaka University’s in-house venture investment vehicle.

Hamamatsu involvement
Matsuo established the startup alongside Osaka University professor Shinsuke Fujioka, and Yoshitaka Mori, an associate professor at the Graduate School for the Creation of New Photonics Industries in Hamamatsu.

Hamamatsu Photonics is also involved in the venture, providing high-power lasers for research and development efforts.

“Our company was established to consolidate the knowledge of laser fusion that has been cultivated in Japan and to realize a commercial laser fusion reactor,” stated EX-Fusion in its funding announcement.

“Currently, we are transferring the 10 Hz continuous target feeding system owned by the Graduate School for the Creation of New Photonics Industries to our company.

“With this technology as our core technology, we will start our research and development with the support of our partner institutions.”

A recent publication detailing that target feeding system showed how Mori and colleagues had fired ultra-intense laser pulses at 1 mm-diameter deuterated polystyrene beads for more than five minutes - suggesting that the scheme could provide a basis for sustained fusion efforts.

“The funding enables EX-Fusion to accelerate the development of the continuous target supply system (CTSS) and the laser target tracking system (LTTS), both fundamental systems for the commercialization of laser powered nuclear fusion reactors,” added the company.

“We believe that nuclear fusion is the solution for meeting our global energy needs and helping the world reach carbon neutrality by 2050,” said Matsuo.

“And by focusing our research and development around the fundamental technology related to commercial operation of laser-based nuclear fusion, we can achieve safe and affordable clean energy faster.

“This initial funding will kick-start our efforts to build the two [targeting] systems, which will prove that continuous target injection as well as laser targeting can be achieved at or above 10 Hz.”

Global fusion race
ANRI partner Masahiro Sameshima commented: “I have been encouraging researchers to establish their own ventures with the hope of creating a nuclear fusion venture that could become a new power source in Japan.

“I am thrilled to be supporting the launch of EX-Fusion from the beginning. Investment in fusion ventures is accelerating around the world toward the realization of fusion technology, and Japan is lagging far behind in terms of the amount of funds raised.

“However, we are not pessimistic about this, and are determined to help refine EX-Fusion's original technology and prove that we can compete on the world stage.”

Sameshima also suggests that the laser technology under development could be applied to other, more conventional applications, including materials processing and semiconductor manufacturing.

News of the support for EX-Fusion comes around six months after the Germany-US startup Focused Energy, which is also looking to develop clean power based on laser fusion, closed a $15 million funding round - including support from retired baseball star Alex Rodriguez.

Both of the commercial ventures have been inspired by recent results from the National Ignition Facility (NIF), where researchers used the biggest laser in the world to produce a fusion output of 1.35 megajoules - more than 70% of the laser input energy, and seen as significant as it demonstrates the possibility of achieving ignition and fusion “burn” with a laser.