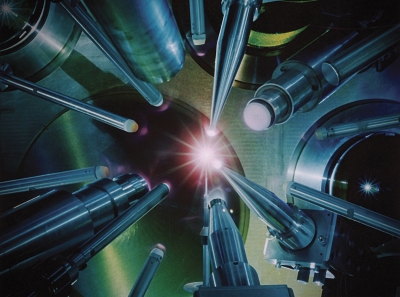 Focused Energy, a US-German startup firm looking to harness the potential of laser fusion as a source of clean power, says it has closed a $15 million round of seed funding - with former Major League Baseball star Alex Rodriguez among its backers.

Founded by a team including the University of Texas, Austin, professor Todd Ditmire and his Technical University Darmstadt counterpart Markus Roth, Focused Energy says it aims to build on recent progress in inertial confinement fusion research at the US National Ignition Facility (NIF).

According to CEO Thomas Forner, the money will be used to commission the firm’s first experimental facility to test its integrated laser fusion concept, with completion expected by 2025.

“As a next step, the company will build a high repetition-rate laser test facility within the next four years to define the layout for the construction of the future ignition facility, and ultimately for a prototype power plant that would be built at the beginning of the next decade,” said the firm.

Seeking ‘burn’
Last month, the giant laser laboratory in California claimed that the latest laser firing experiments at the facility had put it “on the threshold” of fusion ignition - generating approximately 70 per cent of the laser energy that ignited the target.

Shortly after those results were communicated - although before any peer-reviewed confirmation - Ditmire and Roth revealed that they had set up Focused Energy, alongside operations chief Anika Stein, the former head of defense systems at Thyssenkrupp Marine Systems, and serial entrepreneur Forner.

The company indicates that it will work to commercialize inertial fusion energy (IFE), ultimately building and operating commercially viable fusion power plants “in the gigawatt range”.

“The controlled production of fusion energy is an invaluable breakthrough in science,” Roth says. “In the face of climate change and an increasing global energy demand, we will soon have an instrument at our disposal to produce an almost unlimited amount of reliable and clean energy.

“Recent technological advances will enable us to develop commercial fusion power plants for energy production, which will generate several gigawatts of power.”

While full ignition - that is, laser-generated fusion with a “burn” yielding excess energy - is yet to be achieved at NIF, senior scientists at the 192-beam facility have previously believed that they were “tantalizingly close” to achieving the elusive breakthrough.

Model complexities
Back in 2010, then-director of NIF Ed Moses said during a plenary talk at SPIE’s Optics + Photonics event that he envisaged a prototype commercial laser fusion reactor would be up and running by 2020, with power stations exploiting the technique by 2030.

In principle, the pay-off would be enormous - if laser fusion energy can be harnessed, just 600 kg of water could provide an amount of energy equivalent to 30 tonnes of uranium oxide, or two million tonnes of coal.

However, in practice the complexities of laser fusion with energy gain have proved insurmountable thus far.

Problems discovered with the accuracy of physical models used to inform fusion experiments at NIF slowed progress at the laboratory following Moses’ initial optimism, and the facility has since been dedicated largely to experiments focused on recreating the conditions found in nuclear weapons and other extreme environments, and away from the fusion energy goal.

But, following NIF’s latest announcements, the founders at Focused Energy see developing promise for clean energy production with the technique.

“Advances at [NIF], where they are using the world's largest laser composed of 192 high-energy laser beams to compress hydrogen atoms and release a burst of energy, indicate that fusion energy may play a critical role in the world's energy portfolio,” stated the startup.

‘Safe and scalable’
Dakin Sloss, founder and general partner at Prime Movers Lab, which led the firm’s initial funding round, added: “There is an unprecedented opportunity to transition to more affordable, safe, environmentally friendly, and efficient energy sources.

“The Focused Energy team is trailblazing the way to make IFE a safe and scalable technology that could ensure a green energy supply with resources that are globally available for millennia to come.”

Rodriquez, who joined the funding round alongside entrepreneur Marc Lore, and investor Tony Florence, said in a company release:

“Part of what I look for in an investment is a company that has the ability to solve big challenges and demonstrate long-term growth potential. The Focused Energy team has these two characteristics and the ability to push relentlessly on technological developments that will save our planet.”

Aside from clean power generation, Focused Energy’s founders think that IFE could offer a completely new and revolutionary way to analyze materials used in areas such as construction and infrastructure.

“For example, laser technology could detect deficiencies in bridges, significantly reducing the difficult and time-consuming task of conducting such inspections manually,” it said.

Although incorporated in the US, the Focused Energy operations are currently based in Darmstadt, with plans to open another location in Austin.