System has been successfully tested on samples of simulated regolith. 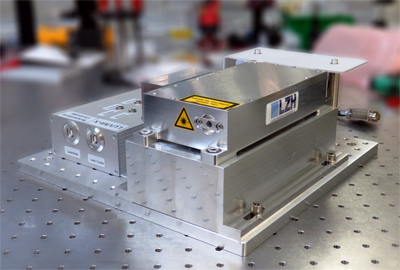 With the LZH laser, the VOILA instrument will search for water on the Moon.

Scientists at Laser Center Hannover (LZH) have developed a laser to detect water in the polar regions of the Moon. Used in the associated research project partners’ measuring instrument, the system has already been successfully tested on regolith (Moon dust) samples.

The probability of finding volatiles such as water on the Moon is highest in the polar regions, as they are frozen. These substances can be detected, for example, using the laser-induced breakdown spectroscopy method. To this end, the scientists in the LZH Solid-State Lasers Group have designed and built a laser model.

The Institute of Optical Sensor Systems of the German Aerospace Center incorporated the laser from the LZH into a demonstrator model of the actual “Volatiles Identification by Laser Ablation” measuring instrument (VOILA). Then, they tested the functionality on regolith simulant, a substance that is very similar to Moon dust, and were able to use it to generate the desired measurement data.

Cold-resistant and robust laser
LZH says that the long-term goal is to integrate the VOILA laser system into a future Moon rover. In order to find out which components are suitable for a future flight model, the LZH scientists, together with OHB System AG, have carried out low-temperature tests on various laser components at temperatures of up to -140°C. 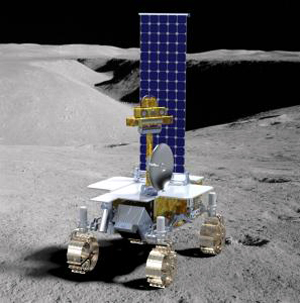 For a laser to be suitable for use on the Moon, it must meet specific requirements. It must function reliably in extremely cold areas with temperatures significantly lower than -100° C. Such temperatures are extremely problematic for conventional laser systems.

For transport on a Moon rocket, it must be small and compact, and also very robust so that it does not get damaged during the strong vibrations of the rocket launch.

The plan for real-world use on the Earth’s satellite already exists, and the concept for a laser flight model design ensures that the planned laser will actually fit into the available volume on the Moon rover.

The Lunar Volatile Mobile Instrumentation Extended (LUVMI-X) project has been funded by the European Union as part of the Horizon 2020 funding program. The Institute of Optical Sensor Systems of the German Aerospace Center in Berlin, the Laser Zentrum Hannover e.V. and OHB System AG, Weßling, were involved in the development of the VIOLA instrument.

In the following short videos, the project partners involved report on their work: