LZH develops laser to search for water on the Moon 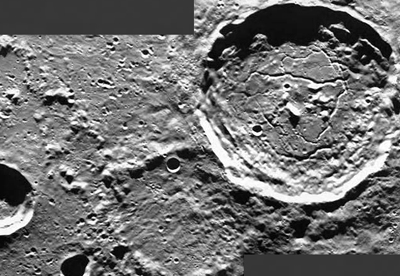 LZH is developing a laser to search for water at the Moon's poles.

After many years of the scientific community assuming that there would be no water (ice!) on the Moon, the evidence of it actually being there has been growing. The Laser Zentrum Hannover (LZH) is now working on the LUVMI-X project to develop a laser that can find water or other volatiles in the polar regions of the Moon.

The probability of finding water or other volatiles is highest in the polar regions, as they are frozen within the polar ice. To detect them, the LZH is developing a laser for a laser-induced breakdown spectroscopy (LIBS) system as part of the LUVMI-X project. The laser radiation of the system breaks down molecules into their atoms.

This creates a plasma and the atoms send out a characteristic spectrum. The spectrum of this plasma can then be compared with spectra of known atomic compositions to determine the elements in the sample. In LUVMI-X the LZH, the Institute of Optical Sensor Systems of the German Aerospace Center (DLR) and OHB System AG jointly work on the LIBS system.

Such a laser must not only be small, compact, and robust, but also function reliably even in extremely cold areas with temperatures well below -100 °C. Such temperatures are problematic for conventional laser systems.

The finished system is to be tested by the DLR Institute of Optical Sensor Systems on regolith simulant, a substance that is very similar to Moon dust. Of interest is, for example, how the plasma propagates in a vacuum and what parameters are necessary to make the measurement possible despite the difficult circumstances.

The low-temperature tests will be carried out by OHB System AG, which also develops the optical head of the instrument.

One of the objectives of the LUVMI-X project is to develop a laboratory prototype for pre-testing. In the long term, the laser system is to be integrated into a moon rover. The development of this rover and other measuring instruments is also part of the research project.

The “Lunar Volatile Mobile Instrumentation Extended” project (LUVMI-X) is funded by the European Union within the scope of the Horizon 2020 funding program and coordinated by Space Applications Services NV / SA.