Key figures from the world of silicon photonics update optics.org on the latest progress in this perennially hot topic.

It is widely believed within the photonics community that achieving successful and economically viable silicon-based photonics will give multiple benefits in performance, power consumption, and – perhaps above all – economical, electronic semiconductor-style manufacture.

But what about the persistent limiting factors, such as cost of R&D and production; overcoming manufacturing challenges; and establishing the market need. Indeed, is it a given that silicon photonics will easily displace existing alternative semiconductor-based technologies?

optics.org has interviewed some key players in the field of silicon photonics to build up a picture of what is happening in this long-researched and gradually evolving “hot” area, from the laboratory through to the commercialization of devices. Here we highlight some of the key achievements and challenges to progress. 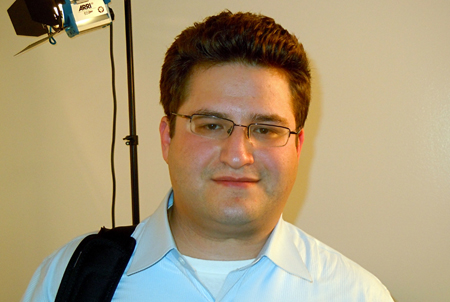 A notable figure in the silicon photonics community is Professor Michael Hochberg, a founder of Luxtera who recently established the OpSIS - Optoelectronic Systems Integration in Silicon, which is a foundry service that provides developers with access to optoelectronic integrated circuits at a modest cost.

Up until a few weeks before Photonics West 2012, Hochberg was professor at the University of Washington but he has decamped to the University of Delaware to push Opsis forward. He told optics.org, “OpSIS is basically an attempt to make the very advanced processes around silicon photonics accessible to the wider community.”

The need for this accessibility arises from the prohibitively high cost of developing silicon-based modulators, detectors and waveguides. Hochberg says, “It is simply not cost practical for any R&D group or start-up who is not very well funded to go to a company such as Luxtera and pay them to run development trials.” In contrast, the electronics and semiconductor industries solved this problem by virtue of having what they call “shuttle runs” – shared wafers, with many projects all running together.

“What we are trying to do is get a fabless model for the photonics industry - specifically silicon photonics. We have three foundries that we are already working with including Luxtera, BAE Systems, and with IME in Singapore.

"With IME and BAE we are co-developing a process, while with Luxtera they’re giving us a commercially mature process out of the gate. The first run is oversubscribed, I’m pleased to say. We have more people who want to join this than we have capacity for which means we’ll do the next one quite soon.”

”We have proven in test runs that we can produce modulators and detectors up to 25Gbit/s at IME and we have actually some of the world’s lowest voltage electro-optical modulators in that process operating at these high speeds where we can drive tem at less than 1V and we can push digital data through them.”

Hochberg is confident that this approach will enable would-be photonics chip developers to put in modest amounts of money – “tens of thousands or even thousands of dollars to be able to participate” – and be able to get their chips in return.

He adds, “Optics designers will be able to stop worrying about the device physics and start thinking about the architecture and I think that is hugely exciting transition, where – just like in the transistor world 40 years ago – it became possible to be an electronic chip designer without having to worry about how the transistors themselves work. If we can we can drive that transition, which is what OpSIS is really trying to achieve.”

Hochberg believes that we are already well into the age of the silicon photonics economy: “There’s at least a dozen big semiconductor companies or well-funded start-ups that I’m aware of who are now making and selling silicon photonics components, or who are on the path to doing just that. You can also see this development in recruitment of PhDs; people who can integrate and design these things are incredibly in demand at the moment.”

Luxtera, which yesterday announced the shipping of its millionth silicon CMOS photonics-enabled 10G channel, and Kotura are two examples of companies already selling silicon photonics products. Luxtera, of which Hochberg was a co-founder (but of which he is no longer an employee) is already selling product in volume and going head to head against VCSEL-based solutions for optically-active cables.

Hochberg is convinced that the photonics development sector needs to follow the lead of the electronics industry. “One of the things that the electronics world has figured out is that only the very highest volume products really justify developing a custom CMOS process. That’s Intel’s core business; they are always a generation ahead of everyone else in terms of process and they have done an amazing job at that for a long time.”

”If we, as the photonics industry, are going to be successful on the same scale as the electronics industry we must replicate the fabless ecosystem. It must be possible to train an undergraduate to design photonics circuits. If you want to crystallize what our goal is as Opsis into one sentence then that’s what we want to achieve.” 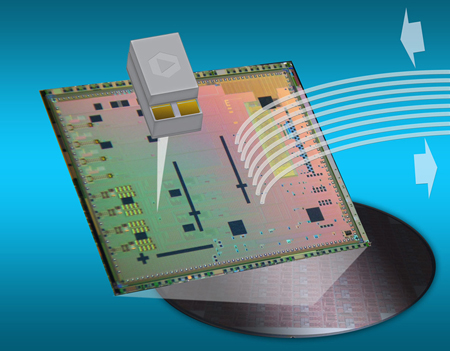 In January, just as Photonics West was opening its doors in San Francisco to the photonics masses, Luxtera announced that it had opened its silicon CMOS photonics process and CMOS Photonics device library to OpSIS.

Luxtera says its silicon CMOS process is the only commercially deployed process to integrate photonics with transistor-based electronics, which makes this announcement significant, as it offers a unique level of capability and complexity as well as a direct path to commercial production.

Under the new agreement, Luxtera’s silicon CMOS photonics device library and process is now open to the OpSIS community, which shares the cost of fabricating complex chip-scale systems across many projects.

At the time of this announcement, Hochberg responded, “We are thrilled to be able to offer our community access to Luxtera’s process. It provides the opportunity to leverage the significant investment and maturation of the world’s first production proven CMOS Photonics design flow."

Peter De Dobbelaere, Luxtera’s VP of engineering, agreed with Hochberg that there is today a significant silicon photonics marketplace, “and it is growing rapidly. The absolute market potential far exceeds the existing optical interconnect market size, and I believe it is well in excess of $10 billion.”

He added that there are few, if any, technical barriers to progress. Industries’ reliance on outdated standards and technologies, such as VCSEL and MMF solutions, represent the sole impediment to even more rapid proliferation. ”Luxtera has shipped over one million integrated silicon photonics modulators and over four million integrated silicon photonics photo-detectors. We have no immediate plans to introduce integrated light sources, as there are greater system level benefits in keeping them external,” he said. 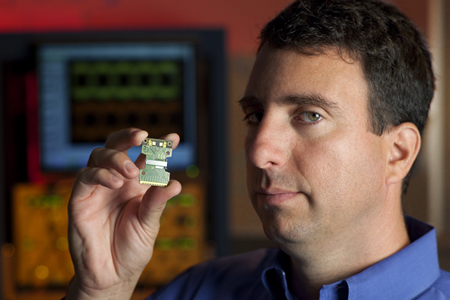 optics.org also interviewed Mario Paniccia, Intel Fellow and Director Photonics Technology Lab at Intel, which has been a leading player in the integration of electronic and photonic technologies on silicon.

optics.org: What are the most significant achievements in silicon photonics, so far?

Mario Paniccia: From the technical perspective, firstly I think we at Intel and other researchers around the world have proven that we can build optical devices out of silicon. Many of these individual devices are operating at 40Gbit/s or higher. With these devices or “building blocks” now proven we now have the ability to integrate them together.

Integration and scaling are the real value of silicon photonics as in the IC industry. In mid-2010, we publicly introduced the first integrated 50Gbit/s silicon photonics link, which was based on integrating hybrid silicon lasers combined with modulators and a multiplexer that was packaged with PC-like assembly and manufacturing techniques. This is the first step in showing the capability of scaling integrated silicon photonics for low cost high bandwidth connections in and around the PC and server.

By integrating more components together and increasing the line rate that you drive the photonics one can then have bandwidth capability that can go from 25Gbit/s to more than 1 Tbit/s. This is powerful as those varying data rates based on a common architecture allow one to target different market segments. From these data rates one can see what the impact is to the user to move information in and around the PC and server. 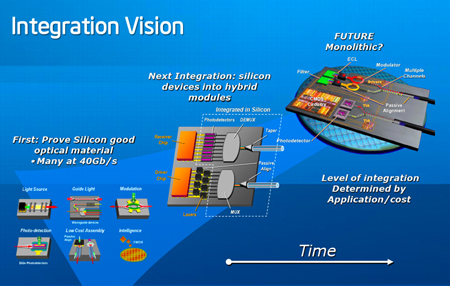 Is there already a significant silicon photonics marketplace?

We believe bringing optics in and around the PC and server will not only bring many benefits such as improved thermal cooling and performance we also believe it will lead to new form factors, thinner systems and could revolutionize future system architectures. In addition the ability to move massive amounts of information around quickly will be needed to connect future devices and more importantly all the information, photos, data and video that is and continues to be generated worldwide.

What is the state of progress to wards a silicon laser, modulator or photo-detector?

The progress of all of these has moved very well over the past five to seven years. At Intel, we now have devices in our lab that run in excess of 40Gbit/s and we have demonstrated an integrated hybrid laser with a transmitter operating at 50Gbit/s (4 wavelengths at 12.5Gbit/s). We continue to focus on improving both performance and the level of integration going forward as well as the packaging and high volume manufacturing techniques needed to take this to the mass market.

Kotura, an established innovator in silicon photonics focused on its application to communications, is pushing the importance of US government initiatives for optoelectronics at a one-day industry-centric workshop at OFC/NFOEC 2012 in Los Angeles on March 5 2012. Sponsored by the Optoelectronics Industry Development Association, the workshop will bring together key industry and government players. Key decision makers from both the government and private sector will be speaking, including from Kotura itself.

“With the escalating end-user demand for bandwidth coupled with pricing pressures, the industry needs new ideas and new technologies,” said Mehdi Asghari, CTO of Kotura, who will be speaking at the workshop at OFC/NFOEC. Other speakers will include representatives from such organizations as DARPA, NIST, Finisar, Infinera, and Carnegie Mellon University.

At the end of January, Silicon Line, Munich, Germany, a fabless analog IC company designing physical layer technologies for low power high-speed optical links, launched its SL82728 and SL82718 chips targeted at notebooks, ultrabooks and tablets based on the VESA-based Embedded DisplayPort standard. These chips are used to optically connect the graphics processor to the display and enable the replacement of traditional electrical connectors with optical connectors.

“The latest generation of retina-type displays demand extremely high data rates”, said Ian Jackson, Senior Manager Sales & Marketing. “For example, a 10in tablet display with 500 pixels per inch can require up to 23 Gbit/s and when used in 3D mode would require twice that bandwidth. Optical transport of these signals solves the EMI problem, which these data rates create as well as enabling the small and thin form factor designs specified for ultrabooks.”