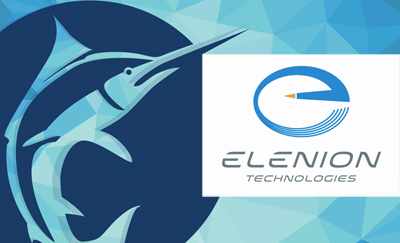 Marlin Equity Partners, a global investment firm, has unveiled Elenion Technologies, which is described as a company focused on driving innovation in silicon photonics technology.

Elenion, which has been operating in stealth mode since 2014, was incubated alongside Coriant, another Marlin-owned company, which is now established as a global supplier of packet optical networking and data center interconnect solutions.

The name Elenion, meaning "stars", would see to have its origins in the Quenya language spoken by the elves in the Lord of the Rings series of books.

Marlin announced, “Elenion will continues as a separate business led by its own seasoned executive team and world-class experts in silicon photonics, lasers, electronics and advanced packaging. Silicon photonics is redefining the economics of interconnect technologies and enabling the use of optics in exciting new markets and applications.”

Doug Bayerd, a principal at Marlin, commented, “Following more than two years of focused R&D, including extensive coordination with Coriant, we are excited with the progress Elenion’s experienced team has demonstrated in the development of next-generation photonic integrated circuit products. Elenion is uniquely positioned to capitalize on one of the industry’s most promising technologies and accelerate the introduction of commercially-ready, advanced communications solutions.”

Larry Schwerin, an established industry executive with more than 25 years’ experience in the telecommunications and photonics industries, will continue to head the business in the role of CEO of Elenion. His former positions include CEO of Silicon Lightwave Services, a silicon photonics design services company, and Capella Intelligent Subsystems, a developer of wavelength selective switch technology, which was acquired by Alcatel-Lucent in 2013. In addition, Michael Hochberg, a renowned silicon photonics expert and co-founder of Luxtera, will continue to serve as the CTO.

“Silicon photonics is redefining the economics of interconnect technologies and enabling the use of optics in exciting new markets and applications,” said Schwerin. “We look forward to working with our customers to deliver innovative photonic integrated circuit solutions that are far more complex and capable than previously possible.”

“Silicon photonics brings tremendous value and competitive differentiation to the solutions we offer our customers,” said Uwe Fischer, Executive Vice President of R&D and PLM, and CTO, of Coriant. “Ongoing collaboration with innovators like Elenion provides opportunities to strengthen our industry-leading solutions by pushing the boundaries in system density, flexibility and power efficiency.”

Marlin Equity Partners is a global investment firm with over $3 billion of capital under management. The company invests in businesses across multiple industries where its capital base, industry relationships and extensive network of operational resources significantly enhances value. Since its inception, Marlin, through its group of funds and related companies, has successfully completed over 100 acquisitions. Besides Coriant, some of Marlin’s other notable photonics-related and communications properties and key investments include: Anexinet, Domo Tactical Communications, EdgeNet, Fidelis Cybersecurity, OnX, Openwave Mobility, Serenova, Tellabs, and Tidemark.