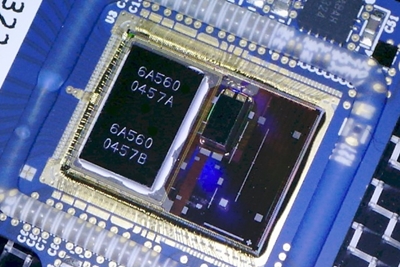 Telecoms equipment giant Cisco Systems is to acquire the silicon photonics specialist Luxtera, in a deal valued at $660 million.

Founded in 2001 as a Caltech spin-out by a team of photonics and semiconductor technology researchers and entrepreneurs, Carlsbad-based Luxtera is believed to have raised $130 million in venture finance – most recently a $38 million round closed in 2014.

Since then, Luxtera has established a key relationship with Taiwan-based semiconductor foundry TSMC, building on earlier agreements with French chip maker ST Microelectronics and US-based Freescale.

Earlier this year, in a report describing the integrated optics technology as “clearly reaching a tipping point”, market researchers at Yole Développement highlighted the TSMC-Luxtera relationship as a “very encouraging sign showing the big promise for silicon photonics”.

Since then the pair have reported record-breaking optical performance at 1310 nm with designs based on a full-size through-silicon via (TSV) wafer platform, integrated with TSMC’s state-of-the-art (7 nm "node") wafer manufacturing process.

Optics fundamental
Once the deal is completed - expected Q3 2019 - the Luxtera team will join Cisco’s optics division, which reports to David Goeckeler, executive VP for its networking and security business unit. Goeckeler said that Cisco was projecting a three-fold increase in internet traffic over the next five years, as customers faced “exponential” increases in demand for bandwidth in their data centers.

Of the thinking behind the cash-plus-assumed-equity agreement, he added: “Optics is a fundamental technology to enable this future. Coupled with our silicon and optics innovation, Luxtera will allow our customers to build the biggest, fastest and most efficient networks in the world.”

More specifically, Cisco sees the combination of its own existing technology and Luxtera's capabilities in 100 Gigabit Ethernet (GbE) and 400GbE optics, silicon, and process technology as enabling customers to build future-proof networks optimized for performance, reliability, and cost.

“From government-funded academic research, to early commercial development, to global scale, Luxtera is a case study in taking an extraordinarily difficult path and proving naysayers wrong.

“The company has shipped millions of silicon photonics transceiver products since inception and its tech quietly powers many of the largest data centers in the world.”

Responding to news of the deal, market analysts at the optical telecoms industry consultancy LightCounting suggested that Lux and fellow investors at NEA, August Capital, Sevin Rosen Funds, and Industry Ventures will be “handsomely rewarded” for their vision and persistence.

Nor is the Luxtera acquisition Cisco’s first foray into silicon photonics technology. Back in 2012 it acquired the optical interconnect firm Lightwire for $271 million.

Market outlook
The LightCounting analysts point out that once the deal closes Cisco will have invested close to a billion dollars on silicon photonics, while Luxtera has previously acknowledged investing more than $250 million in technology development.

“This underscores the fact that companies still need a lot of cash to play in the silicon photonics space,” noted the analyst firm, also pointing out that the 2013 purchase of Kotura by the data center interconnect firm Mellanox for $82 million had not worked out so well. Mellanox halted its work on Kotura's 1550 nm silicon photonics activities four years later, its shareholders unwilling to continue investing in the technology.

LightCounting’s figures suggest that, having doubled from 2015 to 2016, sales of silicon photonics transceivers are now growing more slowly. The analyst firm estimates that around 900 million such devices shipped in 2017, growing to nearly 1.4 million this year.

“Contrary to expectations for an abrupt market disruption, our analysis suggests that silicon photonics technology will gain market share gradually, with sales reaching $2.4 billion by 2023,” it reports.