Quarterly bookings approach the billion-dollar mark, with strong traction in all major markets. 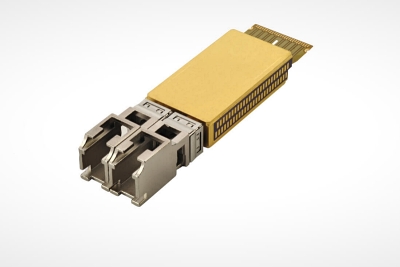 Diversified photonics firm II-VI has reported sales of $795 million for its latest financial quarter, up 9 per cent on the same period last year as demand remains strong across virtually all of its major markets.

The Pittsburgh-headquartered company added that bookings hit a new quarterly record of $939 million in the three months ending September 30, with particularly strong performance in its industrial business.

“This growth was underpinned by our industry leading laser diode technologies that enabled the highest output power 400G coherent pluggable transceivers available in the marketplace,” he claimed.

“Our customers are growing and demanding much more from us as the end markets we serve and the mega-market trends driving them, continue to accelerate.”

Thanks to stronger margins resulting from a higher proportion of newer products among sales, II-VI also posted a sharp improvement on the bottom line, with pre-tax income of $90.4 million up from $59.6 million a year ago.

Zero laser defects
Discussing the latest developments in an investor conference call, Mattera said that the company’s new financial year was “off to a very strong start”, even though sales in the September quarter were limited by chip shortages in the supply chain.

The CEO said that those constraints had the greatest impact on shipments of reconfigurable optical add-drop multiplexers (ROADMs), with customer deliveries rescheduled.

Mattera and his executive team are expecting further sales growth in the December quarter, with what he called a “super cycle” of demand now apparent in the communications sector.

To meet future customer requirements, II-VI is investing further in its compound semiconductor capacity, in particular the firm’s indium phosphide (InP) and silicon carbide (SiC) wafer fabrication facilities - with hiring of additional engineers in the US and Europe already under way.

“In fact, I’m pleased to report that for the last quarter we shipped all of our lasers for 3D sensing with zero defects,” claimed Barbarossa.

With sales of optoelectronic components for both datacom and industrial fiber laser applications at record levels, he said that II-VI was now looking to hire 500 engineers to help develop new products and increase overall production at its various wafer facilities.

Semiconductor production is another growth area. Optical components from II-VI are utilized in extreme ultraviolet (EUV) lithography, where the number of deployed systems is expected to double over the next two years.

Coherent ‘gold standard’
Meanwhile, the company’s pending acquisition of laser specialist Coherent is said to be progressing as planned, with completion still anticipated in the opening quarter of 2022.

Mattera said that his team is now even more excited about the merger than when II-VI won its bidding war with rivals Lumentum and MKS Instruments earlier this year. The CEO described Coherent as the “gold standard” in laser technology, and a highly complementary addition to the existing II-VI business.

“All integration planning teams are fully engaged and excited about the prospect of combining our complementary talent, technology platforms, and scale across the value chain,” he said. "All remaining regulatory reviews are progressing on track, with China having formally commenced its review process in September.”

Assuming that the merger goes ahead as planned, II-VI thinks that within three years it will be able to make annual cost savings of around $250 million.

That will result from a combination of effects, including more efficient research and development activity, and internal sourcing of some key components and materials. Mattera pointed out that II-VI was already way ahead of its planned cost savings relating to the 2019 acquisition of Finisar.

The firm had expected to make annual savings of $150 million three years after completing the Finisar deal - but has already hit the $180 million mark within two years.

The Coherent acquisition, which represents one of the largest mergers ever contemplated in the photonics sector, promises to diversify II-VI even further, increasing its access to markets such as life sciences while reducing exposure to fluctuating demand cycles in the communications sector.

The deal relies on $5 billion in debt financing provided by JP Morgan, and $2.2 billion in equity financing from Bain Capital - $750 million of which has already been received.

• Following the latest update, II-VI’s stock price was relatively unmoved. Currently trading at around $64 on the Nasdaq, the company has a market capitalization of just under $7 billion.