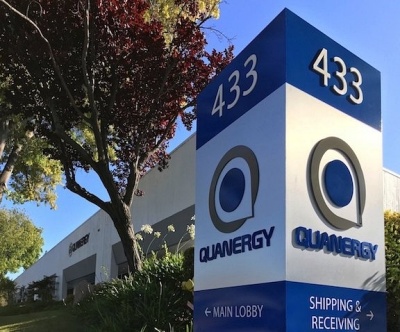 Yet another lidar company has completed a stock market listing via a special-purpose acquisitions company (SPAC) merger deal, with Quanergy Systems the latest to appear on the New York Stock Exchange ticker list.

Now trading under the symbol “QNGY”, Quanergy says that the transaction gives it access to approximately $175 million in new liquidity.

That total includes $50 million in cash, and $125 million in committed funding via Luxembourg-based investor Global Emerging Markets (GEM) Group, from which a $25 million advance can now be drawn.

The Sunnyvale, California, company says it intends to use $35 million from those proceeds to repay secured loan notes.

“The capital raised from the transaction, together with the GEM facility, enables us to further our position as a leading provider of smart lidar solutions that are poised to transform the Internet of Things and automotive industries by driving down cost and enabling powerful levels of automation and insights.”

Solid-state optical phased array
One of the first companies to develop lidar units for automotive applications - it presented sensors for conceptual autonomous vehicles at the Frankfurt Motor Show back in 2015 - Quanergy has since found itself in an increasingly crowded and competitive market.

Although it now joins the likes of Velodyne, Luminar Technologies, Aeva, AEye, Ouster, and Innoviz Technologies through its SPAC listing, it does appear that Quanergy fell well short of its intended financing.

In June 2021 the company said that it was hoping to release $278 million via the merger with Cayman Islands finance vehicle CITIC Capital Acquisition Corp.

When launching the SPAC deal to investors, the CEO described how the OPA approach closely mimics phased array radar sensors, which are already a well established technology in the automotive sector.

“Think of an array of antennae, but at a micro scale, with energy or interference patterns that are computer controlled,” he explained. “This phased array electronically forms a beam, steers the beam, and enables the detection. The point is that there are no moving parts.”

At the Consumer Electronics Show (CES) earlier this year, Quanergy said it had doubled the range of the OPA sensor, reaching the significant 200 meter milestone regarded as critical for automotive deployment.

But with the OPA yet to generate meaningful commercial revenues, Quanergy’s sales remain low - last month the company reported full-year sales of $3.9 million, although it did see revenues increasing on a sequential basis.

• Meanwhile, Quanergy has lost a case it brought against the validity of patents owned by competitor Velodyne.

Velodyne says that the US Ninth Circuit Court of Appeals upheld the patentability of all claims in its 7,969,558 patent, which relates to a lidar-based 3D point cloud measuring system used for robotics, industrial solutions, intelligent infrastructure, autonomous vehicles, advanced driver assistance systems, and more.