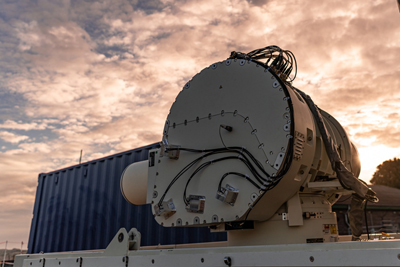 The United Kingdom’s Defence Science and Technology Laboratory (DSTL) has hosted the country’s first high-powered, long range laser directed energy weapon (LDEW) trial on its ranges at Porton Down, it announced this week.

The trials involve firing the UK DragonFire demonstrator at a number of targets over a number of ranges. DSTL said the tests improve the UK’s understanding of how high-energy lasers and associated technologies can operate over distance and defeat representative targets.

The programme has developed a UK sovereign center of excellence staffed with experts from multiple fields. Laser directed energy weapons have the potential to provide lower cost lethality, reduced logistical burden and increased effectiveness when compared to other weapon systems – the technology could have a huge effect on the future of defence operations.

The programme’s industry partners are: 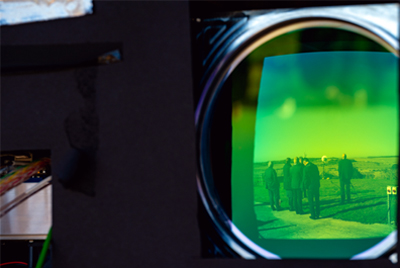 Testing of the DragonFire system took place on Dstl’s Porton Down Range.

DSTL’s Technical Partner Ben Maddison commented, “This trial is the culmination of design, development and demonstration activity over a number of years. DragonFire has already successfully demonstrated an ability to track targets with very high levels of precision and to maintain a laser beam on the selected aim-point.”

Chris Allam, UK Managing Director and Executive Group Director of Engineering at MBDA said, “These successful trials are the latest step in accelerating delivery of a UK sovereign laser directed energy weapon capability. The results from these trials have verified analysis and given the team confidence that DragonFire will offer a near term and unique capability.” The trial is the culmination of significant joint investment by the UK Ministry of Defence and industry over a number of years totalling around £100 million.

This technology could provide the basis for a number of future weapon systems. The DragonFire project is running in parallel and closely connected to other defence programmes including the Novel Weapons Programme.

QinetiQ US has won a contract for development support for image processing and optics technologies supporting the U.S. Army C5ISR Center, Research & Technology Integration Directorate, Image Processing Division (IPD). The order has a ceiling value of over $48 million over the next 48 months.

The military technologies developer will provide engineering support for a multi-fold research, engineering, and development project for the C5ISR Center. These efforts are intended to support the Army’s modernization priorities and Cross Functional Team science and technology research objectives.

“The U.S. Army’s science and technology mission objectives align with our comprehensive work across the C5ISR space,” said Shawn Purvis, President and CEO of QinetiQ US. “We are focused on providing mission-led engineering to protect our servicemen and women while advancing operational goals, and are proud to work with the Army on its R&D and imaging efforts.”

“Advanced optics and comprehensive image processing give our forces an advantage in an ever-evolving mission landscape,” said Stephen Iwicki, Executive Vice President and General Manager of QinetiQ’s C5ISR Business Unit. “We value the work we do in national security and are honored to continue our support of Army modernization objectives.”