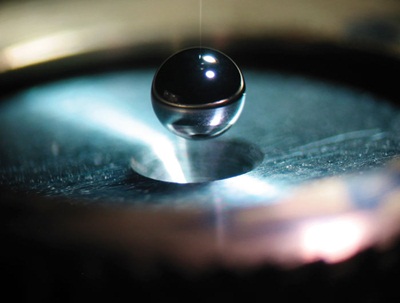 Scientists at the National Ignition Facility (NIF), home to the world’s highest-energy laser system, say that they are now “tantalizingly close” to achieving fusion with energy gain, following their latest experiments.

On July 5, they fired a 192-beam shot measured at 1.8 MJ and 500 TW – the highest combination of total energy and power yet achieved – at a tiny depleted uranium capsule containing a mixture of hydrogen, deuterium and tritium.

The result demonstrates that the laser conditions required to achieve ignition are within reach, says the lab. “This milestone - levels which have never [before] been achieved - ensures the laser will operate at the design specifications necessary to achieve fusion,” NIF told optics.org.

Although ignition has not yet been demonstrated, and exactly when that might happen is difficult to predict, officials at the Californian facility describe themselves as “75% of the way” towards achieving that feat.

“Based on all the data taken to date, we are tantalizingly close and have found no fundamental reasons that would preclude us from achieving ignition,” they said. “We could have major successes in the next few months or it might be longer. In either case, the timescale is short compared to the 50-year journey we have been on.”

Although the team will not be drawn on exactly when they believe that they will make the giant scientific step to laser ignition of a deuterium/tritium target, its director for laser fusion energy Mike Dunne said earlier this year that he thought it would likely happen before 2012 is out.

Speaking at the SPIE Photonics West event in January, Dunne said, “We are now in a position to say with some confidence that ignition will happen in the next 6-18 months.”

Next up: alpha heating
The next major steps for the NIF team will be to work on “alpha heating”. This is where helium nuclei generated from the fusion reaction deposit enough energy to measurably increase the temperature of the fusion fuel above that produced by the laser-generated implosion.

“We have already produced alpha particles from fusion reactions and have fuel that is dense enough to have the energy deposited in the fuel,” NIF told optics.org. “Experiments planned for this summer will be looking at the most likely aspects of implosion performance to achieve alpha heating.”

“NIF is becoming everything scientists planned when it was conceived over two decades ago,” said NIF Director Edward Moses in a statement from the lab. “It is fully operational, and scientists are taking important steps toward achieving ignition and providing experimental access to user communities for national security, basic science and the quest for clean fusion energy.”

The main reason for building the facility in the first place was to replicate conditions seen in nuclear explosions in a controlled way – thereby replacing the need to conduct underground nuclear weapons testing. The extreme environments that the laser system creates also enable scientists to study phenomena that otherwise exist only at the centers of planets and stars.

“The 500 TW shot is an extraordinary accomplishment by the NIF team, creating unprecedented conditions in the laboratory that hitherto only existed deep in stellar interiors,” said Richard Petrasso, division head of high energy density physics at the Massachusetts Institute of Technology, in the NIF statement. “For scientists across the nation and the world who, like ourselves, are actively pursuing fundamental science under extreme conditions and the goal of laboratory fusion ignition, this is a remarkable and exciting achievement.”

Reproducibility
The 1.8 MJ/500 TW shot was just the latest in a series of 192-beam experiments that also appear to demonstrate the system’s reproducibility. “NIF is operating routinely at unprecedented performance levels,” the lab said.

“The July 5 shot was the third experiment in which total energy exceeded 1.8 MJ on the target. On July 3 scientists achieved the highest energy laser shot ever fired, with more than 1.89 MJ delivered to the target at a peak power of 423 TW.”

In March this year the stage was set for the July 5 experiment when the laser system delivered 1.8 MJ for the first time, with an accompanying peak power of 411 TW.

Aside from nuclear stewardship and scientific studies, the long-term aim is to develop similar systems that could be used as future fusion power stations. That goal remains a distant one, however, and must overcome the key challenges of hitting a target with the laser at a rate of around 10 Hz, and using optics and other components that can withstand the repeated laser blasts and neutron bombardment that accompanies nuclear fusion in a cost-effective manner.

The ability of optical components to withstand such extreme conditions was originally one of the major concerns about hitting the necessary levels of laser performance at NIF. But the laboratory’s researchers have worked closely with industrial partners to improve the optics and drastically reduce defect levels, helping to pave the way for the latest results.

Mike Hatcher is the editor in chief at optics.org