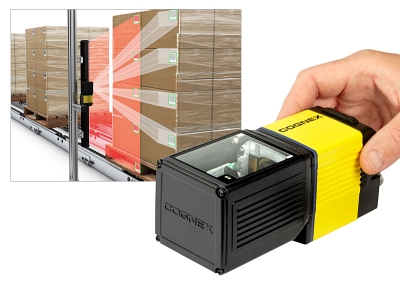 Cognex has reported the highest quarterly revenue figure in the 40-year history of the company, thanks in part to a rebound in demand from the automotive sector.

The Natick, Massachusetts, firm, one of the world’s leading providers of machine vision technology, said that despite supply-chain pressures it was able to post sales of $269 million - up nearly 60 per cent year-on-year.

That comparison benefits from the initial impact of the Covid-19 pandemic last year, but is also 35 per cent higher than the equivalent quarter in 2019.

CEO Robert Willett and his team expect the momentum to continue, with sales forecast to tick up again in the current quarter, to between $275 million and $295 million.

Component shortage
The strong market pull was also evident in the company’s bottom line, with Cognex posting a net income of $77.6 million for the three months ending July 4.

The semiconductor industry and the medical sector are also generating solid increases in Cognex sales, added the CEO.

However, the global shortage of electronic components is having a negative impact. “We’re facing the most difficult supply chain environment I've experienced in my 13 years at Cognex,” observed Willett.

“Cognex and many other companies are under pressure from record long component lead times, vendors struggling to supply parts, freight delays and capacity constraints, labor shortages, and COVID concerns.”

“I think when we came into the year, we didn't really expect to see this kind of recovery in automotive until the second half,” he said. “But we did expect to see it coming back, perhaps not this strongly and this quickly.”

The rate of growth is currently fastest in Asia, and particularly in China, added Willett, pointing out that this is where global activity for automotive production is shifting, because of the concentration of EV part suppliers.

“The industry is becoming a lot more sophisticated, with new players and a lot of new innovation coming into the market,” commented the CEO.

Those new players are now becoming much larger users of machine vision technology, with Willett also seeing longer-term potential for the company to benefit as “deep learning” techniques are deployed for inspection, alongside an ever-increasing use of electronics in vehicles.

The technology is able to quickly read a high volume of bar codes both at shorter working distances and over a wide field of view, with deployments anticipated in applications such as pharmaceutical packaging and warehouse logistics.

“Both applications previously required either the integration of multiple readers, or the programming of PC vision and many high-resolution cameras,” pointed out the CEO.

Despite those strong indicators, Basler’s management is not yet changing its forecast for the rest of the year, pointing to the continuing shortage of electronic components as a major source of uncertainty.