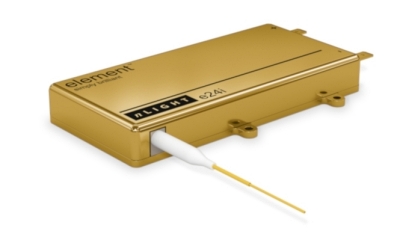 US-based nLight has reported higher-than-expected quarterly sales of $52 million, as strong demand from China helped the laser company bounce back better than had been feared at the onset of the coronavirus pandemic.

The Vancouver, Washington, firm, which specializes in semiconductor and fiber lasers used across various industrial applications as well as in new directed energy weapons, said that the primary driver for the boost was the early build-out of 5G networks and handsets.

The company’s sources have also been put to use laser marking protective masks that have been in enormous demand at healthcare facilities and other locations to help reduce the spread of the virus.

CEO and co-founder Scott Keeney added that overall demand levels had remained solid beyond the end of the June quarter and into July, with the company now expecting sales to rise again in the current quarter, to around $57 million.

Power helps margins
Equating to a year-on-year rise of nearly 9 per cent, the latest sales figures were accompanied by an operating loss of $6 million, reflecting in part the degree of competition selling industrial lasers in China.

But that represented a slight improvement on the opening quarter of the year, with nLight saying that a shift to higher-power sources was helping it to improve margins.

In the latest quarter, 54 per cent of nLight’s fiber laser revenues were generated by sales of sources delivering a power of 6 kilowatts or more - a proportion that has risen from 35 per cent a year ago, and 24 per cent in 2018.

“Adoption of our higher-power fiber lasers continues to grow, both inside and outside of China, and we are encouraged by the early customer response to our fiber laser welding solutions and the long-term potential in this application space,” Keeney told an investor conference call discussing the latest results.

“As we look at the third quarter, we currently see strong demand trends across each of our end markets and geographies,” added the CEO. “This is particularly true for our industrial business outside of China.”

20 years in business
nLight, which has just celebrated 20 years in business - the company was founded at the height of the optical communications boom - is currently setting up in its new production facility and headquarters in Camas, near Portland.

Keeney said that one production line was now up and running, with the additional space available at the site proving to be an unexpected benefit in terms of Covid-19 safety. More manufacturing lines are now being built out, with plans to ramp up automated production.

Asked whether the result of the forthcoming US presidential election would have any impact on the prospects for spending on directed energy and laser weapon development, the CEO pointed out that support for the technology has typically been bipartisan - and that spending had increased very significantly under the Obama administration.

“Directed energy is one of the highest priorities for the [US] Department of Defense,” he said.

Looking back on the two decades of developments since nLight’s founding, Keeney observed: “What seemed impossible 20 years ago has become a reality, with semiconductor lasers embedded in critical tools and applications across multiple end markets.”

“I’m more excited today than at any point in the company’s history,” added the CEO.

• Following the update, nLight's stock price rose in value in early trading on the Nasdaq when it opened on August 6. At just under $26, it means that the company's market capitalization is now approaching $1 billion.