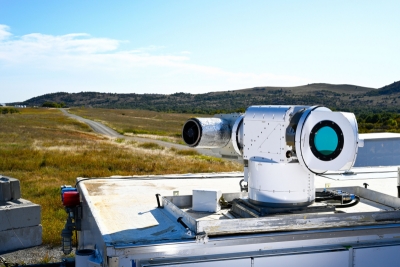 nLight, the Vancouver-based developer of high-power semiconductor and fiber lasers, has expanded its portfolio with the acquisition of Nutronics.

nLight says it paid $17.5 million in cash to complete the deal, with another $15.8 million in restricted stock set to be issued as part of ongoing employee arrangements.

The company said that the addition of Nutronics sales should increase nLight’s annual revenues by up to $40 million.

SBIR contracts
Founded back in 1995, Nutronics has since been involved in a series of Small Business Innovation Research (SBIR) programs and other defense-related projects seeking to advance optical component technologies for directed-energy weapons applications.

The most recent SBIR program is a US Army-backed effort to build a 25 kilowatt laser weapon with a much more compact footprint than has been achieved previously.

The “High-power Adaptive Directed Energy System” (HADES) high-energy laser weapon architecture is aiming for a 20-30 per cent reduction in weight, thanks partly to a change in the configuration of the high-power fiber amplifier sources used.

”The advantages of our proposed approach are clear in that we directly leverage a proven integrated and compact solution, reducing the timeline to implementation and potential transition,” states the HADES project abstract.

Announcing the Nutronics deal, nLight stated that this kind of expertise in beam combination and control was “foundational” to the continued development of high-energy laser systems, and the evolution of laser weapons out of the laboratory and into the field.

$300M market
Jeff Barchers, who fills both the CEO and CTO roles at Nutronics, will be joining nLight as part of the deal. He said in an official announcement that becoming part of the nLight team would “better position” Nutronics to execute on its recent contract awards.

“The potential for collaboration between the Nutronics and nLight teams, and our shared vision of the market opportunity, will create significant value for our customers and the directed energy market as a whole,” he added.

In its most recent quarterly financial update, Nasdaq-listed nLight said that laser weapons development represented one of its fastest-growing application areas, while in recent months several defense contractors have fielded prototype systems.

The fiber laser firm believes that the vertical integration offered through the Nutronics acquisition will enable optimization of the cost, performance, size, weight, and power consumption of the lasers, and effectively double its addressable opportunity in a market for laser weapons development currently estimated to be worth $300 million annually.

Investors reacted positively to news of the deal, with nLight’s stock price jumping in value by around 20 per cent on November 14, the day that it was announced.

• Within the past two weeks, US defense contractor Lockheed Martin said that its “Advanced Test High Energy Asset (ATHENA)” laser weapon had shot down multiple fixed-wing and rotary drones in recent tests at Fort Sill, Oklahoma.

Meanwhile, media reports in the UK suggest that London’s Gatwick Airport, which suffered an extended drone attack in December 2018, could be equipped with just such a laser weapon to defend itself from “swarms” of drones in the future.

The UK is already developing a high-energy laser weapon through the “Dragonfire” consortium, although it is not expected to be field-tested until 2023 at the earliest.