French firm hopes that expanding medical laser business will help it bounce back from the impact of the pandemic. 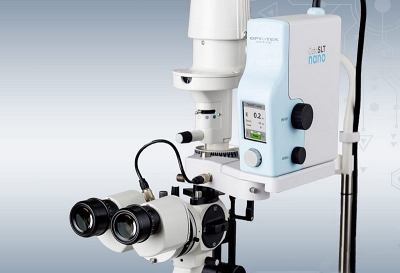 The Paris-listed laser and photonics company Lumibird has reported a 17 per cent decline in like-for-like sales for the first half of 2020.

However, once the additional sales attributed to recent acquisitions Optotek Medical and Halo Photonics are taken into account, along with exchange rate fluctuations, the full impact of the Covid-19 pandemic becomes apparent.

Lidar still growing
Bearing the brunt of the slowdown is the company’s defense and space business, where sales have dropped by more than a quarter since last year.

The closure of research laboratories has also had a major impact on sales of scientific lasers, with Lumibird’s industrial and scientific business reporting an 8 per cent contraction.

But not every line of business has been slowing - Lumibird's lidar division reported growth of 7 per cent, thanks partly to the addition of Halo Photonics but also the result of major contracts with US customers.

The France-headquartered firm is looking to the medical sector to provide the momentum for a return to growth, having just completed its acquisition of Australia’s Ellex - whose products include ultrasound as well as medical laser equipment.

However, Lumibird's existing sales into medical applications have also been hit in recent months, with revenues down 10 per cent and prospects impacted by the cancellation of major European conferences in ophthalmology, a key application area for the company.

As a result, Lumbird has had to adapt its sales approach as a result, with orders now deferred over time. “Elsewhere, the significant impact of the crisis in Latin America has considerably slowed down activities in this region,” added the firm.

Medical-led recovery
Despite those complications, Lumibird said that its medical division managed to close the first half of the year strongly, ahead of the addition of Ellex.

“The new combined structure, Lumibird Medical, is a world leader for laser and ultrasound technologies for the diagnosis and treatment of ocular diseases, with revenues of around €80 million [2019 pro forma revenues],” stated the firm.

“The commercial brands Quantel, Ellex and Optotek, which have highly complementary positionings as they each serve a different market segment, are being retained.”

Lumibird believes that it will be able to outperform the wider medical sector by focusing on systems for the treatment and diagnosis of four main ocular diseases - glaucoma, cataracts, age-related macular degeneration (AMD), and retinal problems.

“Several growth drivers are in place, such as the new dry eye diagnosis and treatment products, released last year, alongside the developments that are underway for consumables or devices for non-ophthalmology applications,” it added.