Optical metamaterials to impact lens market 'within a year' 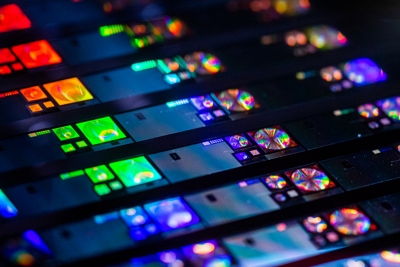 Optical metamaterials are ready for initial commercial deployment and will command a market worth several billion dollars by 2030.

Those are two of the main conclusions from the latest market report on the emerging optics and photonics technology compiled by analysts at US consultancy Lux Research.

“Optical metamaterials will impact niches within the lens market in the next year,” added lead author Vicari. “Lack of production infrastructure and of device designers familiar with the technology have held back progress so far, but design and production technologies have matured rapidly in the past few years.”

Complete control
While metamaterials have already started to make an impact in the radio and microwave spectrum - aided by the emergence of applications in 5G networks - the additional complexity of designs needed for higher-frequency operation has held back their visible-range counterparts thus far.

Attention initially focused on exotic ideas such as “invisibility cloaks” in the optical spectrum, but there is enormous market potential in more prosaic applications taking advantage of the ability to manipulate light with greater control than is possible with conventional optics.

With greater control over the direction, transmission, and focusing of light on all major performance axes, metamaterial devices are able to deliver novel capabilities including negative, tunable, and complex refractive indices.

They can also combine multiple optical functions, such as higher-order image corrections, in a single device layer, making for thinner and lighter products.

The Lux Research report identifies four key features that define the new technology. These include the ability to make optical components much thinner and lighter; the use of digital patterning for much faster product design; wavelength-specific devices; and much greater design freedom.

“Optical metamaterials will provide a performance advantage and competitive edge to early adopters that will drive accelerating growth as they substitute and supplement conventional optics,” write Vicari and Holman.

They see the most valuable markets appearing in cell phone cameras and corrective lenses, and say that although it will take time for optical metamaterials to scale up to the volumes demanded by such applications, a wide range of relatively niche applications will provide plenty of demand in the meantime.

“Though production costs are falling rapidly, they are still too high, and production scale too small, for many applications,” states the report. “In addition, there are only a handful of leading developers of this technology, which may become a bottleneck for innovation and adoption in the near term.”

The Boston firm, which raised $10 million in venture funding earlier this year, says that its design - based around a single, flat meta-optical component - is “bound” to replace refractive lens and diffractive element optical stacks.

“We’re able to improve the system-level performance while replacing as many as six optics in the current modules with a single meta-optic,” claims company co-founder and CEO Robert Devlin. Evaluation kits for Orion should be available from Metalenz later this month.

Unusually for such disruption, regulations are not expected to impact the trajectory of the new technology.

“These [optical metamaterials] replace or augment conventional optics, usually using combinations of existing, known materials that are already in use,” explains the report. “In addition, most applications are in unregulated or lightly regulated market segments, other than aerospace.”

“The total market for optical metamaterials will likely reach several billion dollars this decade,” Vicari predicts, adding that the technology will begin to disrupt conventional optics in some markets “soon”.

In the longer term, metamaterials could be completely revolutionary, disrupting and displacing conventional optics entirely.

“While metamaterials are fundamentally a design technology, optimized formulations and equipment can improve reliability, scalability, cost, and ease of design, and startups can address these needs better with large company partners,” write the authors.

“As adoption increases, the equipment and materials markets for conventional optics will shift and likely decline.”