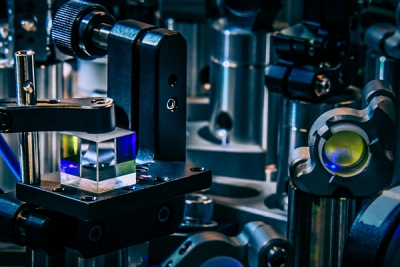 Two of the emerging leaders in quantum computing technology have announced plans to merge, with the deal including a long-term agreement for manufacturing laser-controlled ion traps.

Yet to be given a company name, the merged entity will offer the world's highest performing quantum computer and a full suite of quantum software, it is claimed.

“These technologies will support customer needs for improved computation in diverse areas including cyber security, drug discovery and delivery, material science, finance, and optimization across all major industrial markets,” announced the two firms.

Honeywell, which will own a majority stake in the venture, added that it will invest between $270 million and $300 million in support.

Quantum volume benchmark
While different methods can be used to create quantum bits (qubits) for computing, Honeywell's approach is based around ion traps, in which individual charged atoms hold quantum information.

“Honeywell's system applies electromagnetic fields to hold (trap) each ion so it can be manipulated and encoded using laser pulses,” explains the firm, which has been working on the technology for more than a decade and is a founding member of the US-based Quantum Economic Development Consortium.

Recently Honeywell’s “System Model H1” set a new world-best mark for a commercial system, achieving a quantum volume of 512 - a four-fold increase from 128 inside a few months.

“Quantum volume” is a measure of computing performance taking into account the number of qubits, error rates, connectivity of qubits, and cross-talk between qubits.

‘Trillion-dollar’ industry
Honeywell CEO Adamczyk said in a press release: “The new company will have the best talent in the industry, the world's highest-performing quantum computer, the first and most advanced quantum operating system, and comprehensive, hardware-agnostic software that will drive the future of the quantum computing industry.

“The new company will be extremely well positioned to create value in the near-term within the quantum computing industry by offering the critical global infrastructure needed to support the sector's explosive growth.”

CQC’s Khan added: “Joining together into an exciting newly combined enterprise, HQS and CQC will become a global powerhouse that will develop and commercialize quantum solutions that address some of humanity's greatest challenges, while driving the development of what will become a $1 trillion industry.

“I am excited to lead a company that has the best people and technologies in the quantum computing industry and the best and boldest clients. Together we will lead the industry as it grows and matures, and create tangible, credible, provable and science-led advances.”

The merger deal is expected to be closed by the end of September, with the company initially employing around 300 staff. According to Bloomberg News a public listing of the new business is "a very real possibility".