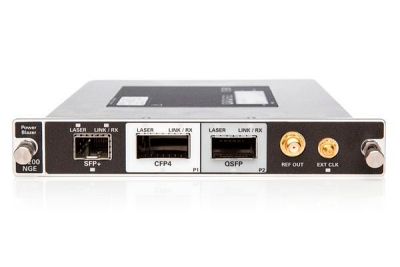 Viavi Solutions, the provider of test equipment for communications networks, has raised its bid to acquire Canadian rival Exfo to $7.50 per share.

However, Exfo founder and majority shareholder Germain Lamonde immediately rejected the move from the much larger company, instead standing by his own offer of $6 per share that would see Exfo return to private ownership.

“This is the third time that Viavi has made an offer to acquire Exfo, after its first and second attempts in November 2020 at a price of $4.75 and in May 2021 at a price of $5.25, respectively,” said Lamonde in a prepared statement.

He added that - as with both of those prior offers - he would not consider any transaction with Viavi.

“As I have previously indicated numerous times to the board of Exfo, as a controlling shareholder, I will not consider any alternative change of control transaction of Exfo, such as the one proposed by Viavi - and my shares are not for sale,” he wrote.

“I have founded Exfo and been involved in the company over the last 35 years and I believe that the business is well managed, growing, strategically positioned for the evolving and dynamic future of the communications test and measurement industry.”

Shareholder concerns
Lamonde’s plan to take Exfo back into private ownership was prompted by ongoing concerns from the firm’s minority shareholders - largely investment banks - about the trading price and liquidity of Exfo stock.

Listed on the Nasdaq and Toronto exchanges in the heady days of the optical telecoms boom more than two decades ago, Exfo’s stock price has never returned to the elevated valuations seen at the time.

While Lamonde continues to control more than 60 per cent of the total stock, alongside more than 90 per cent of voting rights, the company has grown considerably during that time. Recent acquisitions have included Yenista Optics, Astelia, and InOpticals.

Viavi, which was carved out of the photonics and testing giant JDSU back in 2015, says that there are “clear strategic merits” behind the idea to combine with Exfo, and that it does not plan major changes to the Exfo operation in Canada.

With a healthy pile of cash on its latest balance sheet, the Scottsdale, Arizona, company also points out that it would not need to finance the proposed acquisition with borrowings.

Debt finance
In contrast, Lamonde’s June 7 proposal would be financed using debt provided by the National Bank of Canada and Investissement Québec.

“This transaction is in the best interests of all of Exfo’s stakeholders,” says Lamonde, who founded the firm back in 1985.

“My objective is to continue working with our talented management team and employees globally to further develop what has become a successful global test and system provider while maintaining its headquarters in Québec City.”

According to its most recent financial results, Exfo posted a net loss of $2.4 million on sales of $69 million in the opening quarter of 2021, although bookings rose nearly 9 per cent year-on-year.

While acknowledging Lamonde’s continued rejection, Viavi insists that its takeover bid represents “compelling value” - including for Lamonde himself - and that the 25 per cent premium it is offering is considerably more attractive to shareholders than the “going private” alternative proposed by the founder.