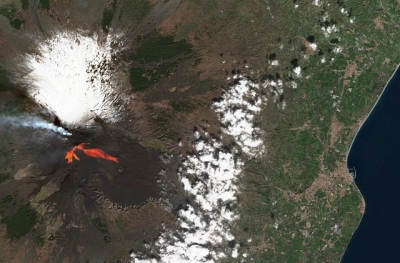 Teledyne Technologies has reported record-breaking financial results for the opening quarter of 2021 - despite incurring $39 million in costs related to new loans to fund its pending $8 billion acquisition of the thermal imaging giant FLIR Systems.

At $806 million, sales in the three months ending April 4 were up around 3 per cent year-on-year. Teledyne’s existing imaging business - a large chunk of which relates to X-ray detectors used in healthcare applications - accounted for $263 million.

But the growing imaging total, up 7 per cent on last year, was driven by higher sales of sensors and cameras used in scientific, industrial, and space imaging applications, said the firm.

Teledyne’s executive chairman, Robert Mehradian, told investors that with record orders during the first quarter, and an order backlog now standing at $1.8 billion, the company was expecting a bumper year.

“Given our strong first quarter, we now think a reasonable outlook for the total company organic sales growth in 2021 is approximately 6 per cent, led by forecasted growth of about 10 per cent in digital imaging, excluding FLIR,” he said.

Financing costs
Announced in early January, the FLIR acquisition will move the center of gravity within the Teledyne business firmly towards imaging. Currently its digital imaging division accounts for around one-third of overall sales.

Since there is little-to-no overlap between existing Teledyne and FLIR product lines, that proportion will jump to somewhere in the region of 60 per cent - assuming that the cash-plus-stock deal is cleared by shareholders.

Teledyne has financed the deal through an initial $4.5 billion bridge facility, paying off fixed-rate senior loan notes, and agreeing permanent financing of $3 billion in investment-grade bonds.

Interest and other costs associated with those arrangements totaled $39 million in the quarter just reported, dragging the Thousand Oaks, California, firm’s pre-tax income to just over $101 million.

However, that still represented a best-ever result. “We began 2021 with the best first quarter sales, earnings, operating margin and cash flow in the company’s history,” noted Mehrabian.

May 13 vote
With regulatory clearance already received in a number of key countries, the pending merger deal is expected to conclude shortly after the shareholders of both Teledyne and FLIR vote on the matter, on May 13.

“Pending stockholder approval and satisfaction of other closing conditions, we expect to complete the transaction the following morning,” Mehrabian said.

Once completed, the combined company will boast an extraordinary spectral breadth of sensor expertise and a highly complementary base of applications and customers.

Teledyne’s existing strengths in the scientific, industrial, and space imaging sectors come largely from prior acquisitions, including Canada's DALSA back in 2010, UK-based e2v Technologies in 2017, and Roper Industries’ brands - including Princeton Instruments and Photometrics - the following year.