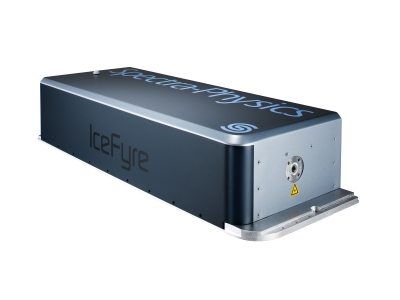 MKS Instruments has reported a sharp jump in overall sales in its latest financial quarter, with photonics products including pulsed lasers contributing to the current momentum.

The Andover, Massachusetts, firm, which owns the Spectra-Physics Lasers business and recently failed in its attempt to acquire the laser giant Coherent, said that in the three months ending March 31 its sales of photonics products increased 25 per cent year-on-year, to more than $250 million.

That came as MKS reported total sales of $694 million - up 30 per cent on the same period last year - and means that the annual run-rate of photonics revenues now exceeds $1 billion.

Semiconductor strength
The semiconductor industry is a critical market for MKS and the company is, like other key equipment vendors, benefiting from resurgent demand as the industry gears up to address the global chip shortage that is impacting the automotive and other major sectors.

For MKS, that trend mostly feeds into sales of non-photonics products like valves, RF, and power devices - where the company believes it is also gaining market share.

But business appears to be booming across the board, and CEO John Lee highlighted some recent traction for the Electro Scientific Industries (ESI) laser micromachining systems unit that MKS acquired in 2019.

“In the first quarter, we secured two design wins for our high-density interconnect via drilling solution - one of which is with a large multinational PCB manufacturer,” Lee told an investor conference call discussing the latest results.

“Demand for our pulsed nanosecond, picosecond, and femtosecond lasers continues to increase,” added the CEO. “We are seeing growing interest across PCB, advanced packaging, solar, and display applications.”

Lee also indicated that, while disappointed at losing out to a significantly higher bid from II-VI in the battle to acquire Coherent, he “could not be more excited” about MKS’ current portfolio in photonics.

“In the first quarter, we generated $257 million in photonics revenue, and we expect further sequential growth in the second quarter,” he said. “Our photonics business, with an annualized run-rate of over $1 billion, will remain an important area of growth and investment at MKS.”

Coherent reflections
Reflecting on the outcome of the Coherent bidding war, Lee described MKS as “disciplined acquirers”, and indicated that the company was now looking at a number of other potential acquisition opportunities - some in the billion-dollar range.

“We had a very precise view of how we could add value [and] at what price with Coherent, and we stuck to it,” said the CEO in response to an investor question on the topic. “Other companies obviously thought they could get more value and they went up almost $1 billion over what we should see for ourselves.

“I don't want to judge what their view of the value creation is. It certainly can be different than ours. But we have our view, and we're going to stay disciplined to it.”

Meanwhile, the strong level of demand across the semiconductor and other sectors right now is also feeding through to the company’s bottom line. MKS posted a pre-tax profit of $148 million for the March quarter - up more than 80 per cent on the same period last year.

And that momentum looks set to continue through the end of June at least, with MKS forecasting sales of $740 million (plus or minus $30 million) for the current quarter.

CEO Lee also told investors that the second half of this year now looks likely to be even stronger than had been expected as recently as in January. “[The] short term can be lumpy, [but] we're certainly taking all the necessary actions to expand capacity and pull the materials to deliver,” he said.

• Following the latest update, MKS Instruments’ stock price dropped in value very slightly. Currently trading at just over $187 on the Nasdaq, the company commands a market capitalization of around $10 billion.