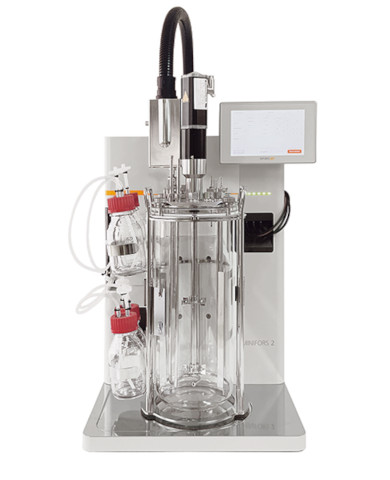 Raman analysis as part of a PAT system

A new integrated platform from developers Schott, Infors, and tec5 could facilitate extended use of Raman spectroscopy in bioreactors, and allow more in-situ process monitoring.

Production of the active ingredients in biopharmaceutical manufacturing places significant demands upon the analytical techniques used to monitor the process and carry out quality control, due to the complexity of the biologics involved.

Applications of photonics technologies to the challenge have included development of non-contact laser-based systems for cleaning verification of vessels used in the production process; and combining optical tweezers and holography to study cell interactions during the testing of new pharmaceuticals.

Current pharma manufacturing usually involves process analytical technologies (PAT), an umbrella term for suites of analytical, chemical and physical methods used to control manufacture, with optical techniques playing their role. The new PAT platform is a tailored combination of bioreactor, spectrometer system, and probe receptacle, according to the vendors.

Raman spectroscopy has always been an attractive candidate as a PAT component, due to its high molecular specificity and minimal sample pre-treatment needed, although hurdles relating to interference and the naturally weak Raman signals have remained. One goal for the new system is to advance Raman spectroscopy as an in-line measuring technology in bioprocesses, say the developers.

"Together we are enabling the use of Raman spectroscopy in bioreactors," commented Christian Ott from Schott. "The unique combination of advanced PAT solutions allows for reliable in-line process monitoring and control."

Tec5 already supplies Raman systems for use in pharmaceutical production, as well as biotechnology, food and agricultural industries. For the new PAT platform the Raman instruments have been designed to suit the different variants of Schott sensor receptacles used to couple the spectroscopy platform to a bioreactor, allowing Raman analysis to be performed through hermetically sealed optical windows in the system.

An infrared imaging platform developed by French research center CEA-Leti could also benefit medical analysis and diagnostics, particularly detection of cancer in tissue sections and the discrimination of microorganisms and bacteria.

The platform aims to allow lensless multispectral mid-infrared imaging, through the use of quantum cascade laser (QCL) sources emitting at only a select number of wavelengths. This builds on previous research into whether QCLs could allow high-throughput spectral histopathology, which indicated that using carefully selected wavenumbers could assist QCLs to be cost-effective. 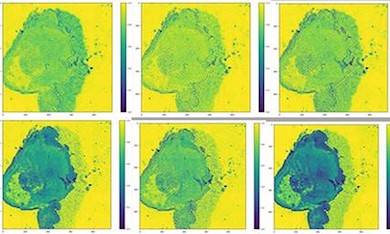 A combination of QCL lasers and lensless imaging with an uncooled bolometer matrix allowed CEA-Leti to carry out biochemical mapping over a wide field of view, with the data analyzed by machine-learning algorithms to classify the biological cells. Trials showed that this architecture achieved up to 94 percent successful predictions of cancer cells, according to the team, and may lead to a clinical device suitable for cancer diagnosis in hospitals.

Parallel research at CEA-Leti and discussed at SPIE Photonics West 2021 has applied lensless multi-spectral mid-IR imaging to the task of microbial diagnosis, potentially including tackling Covid-19.

The technique involves the acquisition of IR data at eight selected wavelengths corresponding to specific chemical functions of different bacteria, further reflecting the project's belief that constraining the number of wavelengths used allows a trade-off between the precision of the system and the complexity of QCL sources.

In trials, comparison of the IR spectral data with a database of 2,253 colonies belonging to eight different species and three strains of S. epidermidis showed that the optical setup and subsequent machine-learning analysis could classify bacteria species with a correct identification rate of at least 91 percent.

"The next steps are to perform a dedicated prototype with the relevant wavelengths and to demonstrate the performance of the system with samples such as human biopsies, and to create larger databases for each application," said the project. "In addition, a start up is currently in incubation."