Block and Pfizer to speed drug manufacturing with laser spectroscopy 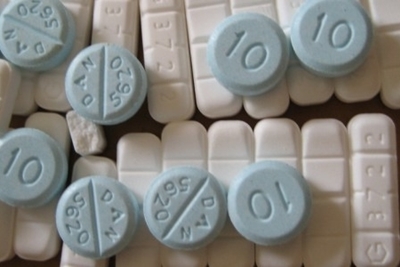 Block Engineering, the quantum cascade laser (QCL) spectroscopy specialist, has signed a strategic agreement with the “big pharma” firm and Viagra maker Pfizer, under which the two companies plan to develop a new light-based system for use in pharmaceuticals manufacturing.

The aim is to design a real-time, non-contact system for cleaning verification of vessels used in the production process. The technology is based on Block's commercially available “LaserScan” analyzer.

According to Block and Pfizer, accurate cleaning verification of those vessels has a significant impact in pharmaceuticals manufacturing, because of the potential health risks of cross-contamination between products.

To ensure that the walls of the vessels meet stringent US Food and Drug Administration (FDA) cleanliness standards, swabs are applied to collect samples for off-line analysis currently. The swabs are then analyzed, typically with wet chemistry instruments like high-pressure liquid chromatography (HPLC) systems.

Those measurements can take several hours or more per vessel - during which time the it usually remains idle, creating a production bottleneck. “The key value proposition of the proposed technology is to eliminate this bottleneck and provide a handheld, battery-operated, barcode-scanner-like device capable of providing real-time, noncontact verification of the cleanliness of the vessel walls,” the two companies say.

Using QCL spectroscopy should mean that the manufacturing equipment can be scanned for contamination in just minutes, identifying any areas that require additional cleaning without any need for sampling with swabs.

"Cleaning verification is a critical step in the drug manufacturing process and Pfizer is committed to the development of technologies that could decrease inspection times, reduce costs and improve supply assurance," said Steve Hammond, head of Pfizer’s process analytical sciences group (PASG).

Award-winning tech
The QCL technology developed by Block has hitherto been used largely in defense and environmental sensing applications – exploiting the mid-infrared “chemical fingerprint” region of the spectrum in which the QCLs emit. In recognition of those applications, Block won a Prism Award in the “defense and security” category at the Photonics West show in 2011 (this year’s winners are set to be announced on February 6).

Petros Kotidis, Block Engineering’s CEO, commented: “Block's QCL-based infrared spectrometers are opening new markets and cleaning verification is one of the most exciting and high-impact applications. Pfizer's dominant and pioneering position in the introduction of next-generation process analytical technologies will be a critical element in the success of this product.”

The expected benefits of the LaserScan equipment at Pfizer include reduced labor, material and consumables costs compared with swab-based verification. According to Pfizer, key initiatives in the pharmaceutical industry today are focused on inventory reduction and “just-in-time” inventory implementation. The QCL system should reduce manufacturing equipment idle time.

Molecular "fingerprint"
LaserScan identifies chemicals by analyzing mid-infrared light from the QCL that is either absorbed or reflected by the target samples. The mid-infrared is excellent for identifying organic chemicals because this part of the spectrum is characterized by the presence of specific vibrational and rotational frequencies of chemical bonds – information that can be used to identify substances accurately via their spectroscopic “fingerprint”.

Although conventional lamp-based Fourier Transform infrared (FTIR) spectrometers can be used to extract the same kind of information, they are too bulky for a handheld "barcode reader" style product. The much higher spectral radiance of a QCL also improves detection of highly absorbing chemicals, while its tiny size enables the kind of system miniaturization desired.

Block's handheld devices are based on QCLs covering the 5-14 µm range and mercury cadmium telluride detectors, and are said to deliver measurements in less than a second. Earlier this month the company revealed that its spectrometers were also set to be used by the US Army to identify buried improvized explosive devices (IEDs).