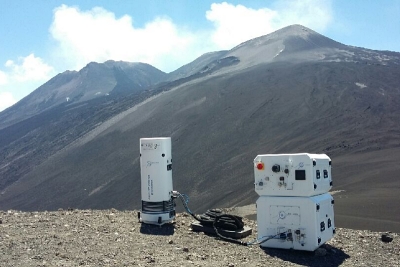 Lasers are critical to the emerging commercial quantum ecosystem, but a prioritization of applications is needed to help technology developers focus on more specific source requirements.

That was one of the key take-away messages from the inaugural SPIE Quantum West symposium, taking place this week within the wider Photonics West Digital Forum.

Piercing the fog
Speaking during the “Photonics in Quantum” session of the four-day event, Vescent Photonics CEO Scott Davis said although lasers and other photonic components would underpin a quantum systems market sector expected to be worth hundreds of billions of dollars in the future (and tens of billions for the laser and photonic elements), getting to that point would require clarification about exactly which performance characteristics were most important.

“While lasers are fundamental to ‘Quantum 2.0’, [they] are not yet optimized for deployed quantum,” Davis told delegates. “We're just starting to move towards the ‘wheels of industry’ stage.”

In a bid to tackle the issue, the US Quantum Economic Development Consortium (QED-C) organized a workshop focused on lasers for quantum applications in September last year, chaired by Davis himself.

The outcome of that is a new report - available to QED-C members - entitled “Piercing the Fog of Quantum-Enabling Laser Technology”.

“There's an exceptionally large and admittedly foggy variety of laser properties required. From wavelengths to linewidths, to SWaP-C [size, weight, power, and cost], to reliability [and] laser architectures, and material systems - and lots of market uncertainty,” Davis said.

“This fog is inhibiting broader investment. Folks are confused by it. Folks are saying, ‘I don't know where to go’. It's holding things back. It's a complicated space right now.

“We need to up the game to unleash Quantum 2.0 potential - it's not going to get there the way we're doing it.”

Field deployments
One outcome of that QED-C workshop is that business consultant Mark Wippich, previously director of engineering at New Focus and a co-founder of DirectPhotonics, will lead a prioritization effort seeking to navigate a way through the fog.

While highlighting the challenges facing laser makers in the quantum space, Davis noted that plenty of progress was still being made - with the likes of Toptica, M Squared, and Vescent all closely involved in laser-enabled quantum systems that are breaking out of the laboratory and into the field.

One such application was the subject of the Bruno Desruelle’s talk, which opened the Quantum West session dedicated to applications. Desruelle is the CEO of Muquans (aka µQuans), which has been developing quantum gravity sensing equipment for a decade.

The field does not come much more testing that the steep slopes of Sicily’s Mount Etna, but that is exactly where one of the firm’s tools has been deployed recently.

“[But] our gravimeter was designed in order to ruggedize the instrument and make it compatible with these constraints - and our design strategy turned out to be successful, since the instrument worked immediately with nominal performances.”

Desruelle said that the tool has proved itself capable of monitoring gravity changes related to geophysical developments such as the build-up of magma, with an instrument currently in the hands of geophysicists developing models to improve understanding of such phenomena.

In terms of laser technology, the Muquans system relies on a frequency-doubled 1560 nm source that is used to cool rubidium atoms close to absolute zero for measuring gravity with atom interferometry. Central to the system design is a pyramidal retroreflector optical component that generates six beams from one source - thus greatly simplifying the optical setup.

In another recent development, Muquans has begun work on a marine version of the quantum gravimeter for French Navy, working with French aerospace laboratory ONERA to provide four units.

• For more information on the Quantum West program, and to view these and other presentations from the event, visit the dedicated web pages.