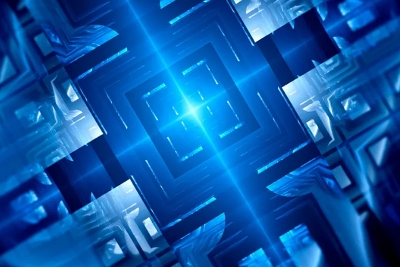 Companies and academic research groups in the UK and Canada are collaborating on eight newly funded projects aimed at commercializing quantum technologies largely based around photonics.

Sharing £2 million from the UK’s research agency UKRI, and C$4.4 million from the Canadian government, the projects include several focused on quantum key distribution (QKD) for high-security communications, alongside optical sensors for magnetic fields, and new ways to connect integrated quantum photonics devices.

“We are only at the start of developing quantum technologies, but it is already clear that they offer us a world of opportunity across entire sectors like healthcare, communications and financial services.

“The UK and Canada have a strong collaborative relationship in science and technology. By our businesses and academics working together, these incredible new projects will help us accelerate the development, scale up and commercialization of quantum technologies, ensuring the UK remains a world-leader in this area.”

UK companies involved in the eight projects include M Squared Lasers, Bristol startups Duality Quantum Photonics and KETS Quantum Security, and Oxford Instruments. Joining them on their respective efforts from the Canadian side are Dias Geophysical, Optoelectronic Components Ltd., Crypto 4A, Nord Quantique, and more.

For more details of the eight UK-Canada projects and the various commercial and academic partners involved, click here.

Getting ‘quantum-ready’
“To get the economy quantum-ready, we want to work with sectors to help them understand how quantum could transform what they do,” said Solloway. “Today, BAE Systems, BP, and BT - three giants of British business - have announced they are going to be part of the UK Quantum Technology Hub in Sensors and Timing, to identify where the new generation of quantum sensors can create the most value for the UK economy in the coming years.”

Hosted by the University of Birmingham, the quantum sensors hub is set to work with the three firms on potentially disruptive efforts that should provide a new level of market pull to an effort that has largely been focused on technology push thus far.

Among the plans divulged are development of novel navigation systems that do not rely on GPS, and brain sensors capable of monitoring mental effort. Specific target areas involving BAE Systems include “cognitive workload” sensors for medical diagnosis, as well as devices for enhanced situational awareness, and new ways to detect buried hazards.

Julia Sutcliffe, chief technologist within the defense giant’s air division, said that BAE Systems’ test pilots were already trialing the cognitive workload sensors in the air and on the ground.

We will be exhibiting our latest MEMS gravimeters at the #QuantumShowcase2020 tomorrow online at https://t.co/z7bWEOjoZ1 pic.twitter.com/zaMJavAksl

Disruptive innovation
Kai Bongs, the Birmingham professor who is principal investigator at the quantum sensors hub, added: “Novel sensor capability and digital twinning are enabling disruptive innovation in a faster and cheaper way, creating unprecedented benefit to society and the economy.

“We now need to accelerate the market pull by demonstrating how these new sensors can be integrated within high-value systems, change operations and our lifestyles.

“This venture is a call to overcome sectoral boundaries and join forces to address challenges, such as well-being in an ageing society; fast broadband for everyone; productivity in infrastructure; resilient navigation; security of autonomous transport, and reduced carbon emissions.

“These approaches represent the state-of-the-art in demonstrated hardware; however, barriers to commercial deployment remain with the challenge of increasing both qubit fidelity and qubit scalability,” M Squared explained.

M Squared CEO and co-founder Graeme Malcolm said: "The DISCOVERY project will help the UK establish itself at the forefront of commercially viable photonics-enabled quantum-computing approaches.”