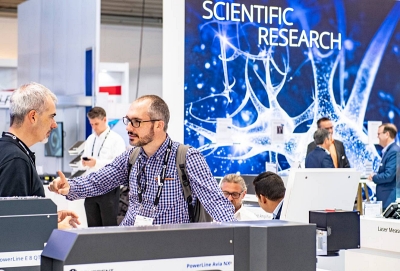 MKS Instruments has made an offer to acquire Coherent in a cash-plus-stock deal valuing the laser firm at $240 per share - a price that represents a 16 per cent premium on the $5.7 billion deal agreed last month by the directors of Lumentum and Coherent.

MKS’ CEO John Lee said in a statement from the Andover, Massachusetts, company: “We believe this transaction would create a global photonics leader with a world-class technology portfolio, proven operational capabilities, deep customer relationships, and a track record of sustainable and profitable growth, uniquely positioned to solve our customers’ most difficult challenges.”

The MKS statement envisaged that a potential $180 million could be made in cost-saving "synergies", within three years of combining with Coherent. Lumentum had put that figure at $150 million within two years, if its planned acquisition proceeds.

However, Lumentum responded immediately with a suggestion that any approach from MKS might be subject to greater scrutiny from regulatory bodies - and that the agreed deal represented a more complementary business combination.

Regulatory challenge?
Coherent responded to news of the rival bid by saying that it would enter into discussions with MKS, and compare the two proposals now on the table.

“Coherent's board of directors is evaluating MKS' proposal and has not made a determination as to whether it is superior to the Lumentum transaction,” announced the Santa Clara firm.

Responding to news of the rival bid, Lumentum hinted that any planned hook-up between MKS and Coherent may be less likely to gain approval from regulatory authorities.

"We believe our transaction is superior,” said Lumentum’s CEO, Alan Lowe. “In contrast to the proposal by MKS Instruments, the Lumentum-Coherent transaction has a clear path to regulatory approval and completion, and Lumentum remains committed to closing the transaction in the second half of the year.”

Research and industry applications
That viewpoint is based on the belief that the Lumentum and Coherent businesses have relatively little product overlap. While Coherent is focused on lasers for a variety of industrial and research applications, Lumentum’s business is now overwhelmingly based around photonic components used in communications and 3D sensing applications.

San Jose-based Lumentum’s commercial lasers unit does sell high-power fiber lasers for industrial use, but the division only accounted for around 6 per cent of overall sales in the latest financial quarter.

The most obvious area of overlap between Coherent and MKS could be the latter’s Spectra-Physics lasers business, which competes head-to-head with Coherent in several industrial and research applications - notably in the area of ultrafast laser sources.

• News of the MKS proposal and the prospect of a bidding war with Lumentum prompted a 14 per cent jump in Coherent’s stock price February 8, to around $220 on the Nasdaq.

Last month, the laser maker’s valuation surged more than 30 per cent as news of the agreement with Lumentum emerged - meaning that Coherent has now risen in value by some 50 per cent since the beginning of the year.