The German company will be even more focused on optics and photonics technology following the sale of its mechatronics unit. 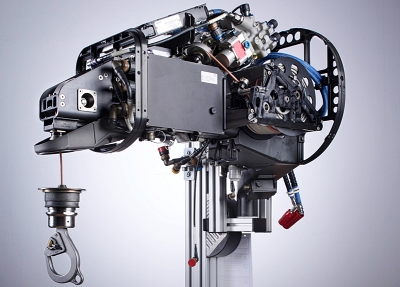 Jenoptik says that it has signed an agreement to sell its “Vincorion” mechatronics division to a private equity buyer, meaning that the Germany-based firm will become even more focused on optics and photonics technologies.

The deal with London-based investor STAR Capital Partnership comes nearly two years after Jenoptik had aborted plans to sell the division, when bids failed to match its expectations.

Since then, Vincorion - which sells products including power generators and electrical transformers into defense, aerospace, and rail transport applications - has been operated as an independent entity within Jenoptik.

Optics in focus
Jenoptik CEO Stefan Traeger said of the latest deal: “The sale of Vincorion is a further milestone in transforming Jenoptik into a focused and globally leading photonics company."

He added that the transaction should have a positive impact on Jenoptik’s earnings and risk profile, while ensuring so-called “location guarantees” for Vincorion’s approximately 800 employees.

Jenoptik described the equity value of the division as being “in the mid double-digit million euro range”. In addition to that, there are claims and obligations - partly resulting from pension obligations - of a similar valuation, plus additional earn-out components.

Altogether, it means that the agreed enterprise value of Vincorion is approximately €130 million, with the deal expected to close in the second half of next year.

That valuation compares with the division’s 2020 revenues of just under €152 million, which delivered earnings before interest, tax, depreciation and amortization (EBITDA) of around €16.7 million (equivalent to an 11 per cent margin) - a lower profit margin than the firm’s optics-focused business units.

Last year, Jenoptik posted annual sales of €767 million including Vincorion’s contribution, and an EBITDA of €131 million (equivalent to a 17 per cent margin). In September 2020, it added to its optics and photonics offering with the acquisition of the metrology business Trioptics.

The company is also in the process of acquiring the Berliner Glas Medical and SwissOptic divisions from lithography giant ASML - bringing another 500 employees to the Jenoptik roster.

Earlier this month, Jenoptik said that it expected to post sales of around €890 million for 2021 overall, with an EBITDA margin of around 19 per cent.