Sales are up 25% year on year; with some of the growth due to acquisition of Trioptics. 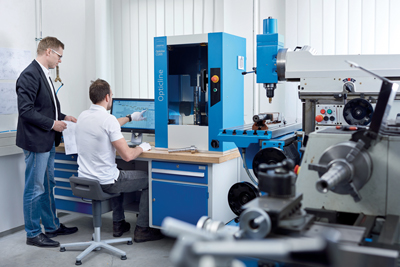 Diversified photonics and engineering company Jenoptik has this week reported improved revenues and profitability for its first three quarters’ and latest quarter’s trading of 2021.

Highlights include third quarter (Q3) revenue up 24.9% on the prior year, and nine-month revenue up 20.6% to €609.2 million (M). There was also substantially improved profitability – with a pre-tax (EBITDA) margin at 21.6% in the reporting quarter, and at 19.9% after nine months.

“Jenoptik has had yet another strong quarter. We also made significant progress regarding the Group’s strategic posture. Our landmark acquisition of Berliner Glas Medical and SwissOptic will strengthen our global photonics footprint and further accelerate growth,” commented Stefan Traeger, President & CEO.

In the first nine months of 2021, the company posted a 20.6% increase in revenue, to €609.2M (prior year: €505.0M); with growth of 24.9% in Q3. The Light & Optics division, in particular, benefited from a strong contribution from Trioptics and substantial organic growth in the first nine months.

The Light & Production division saw growth due to an upturn in demand from the automotive industry, while revenue in Light & Safety was down on the prior year, partly due to the project-based business, and Vincorion remained largely stable.

The Group noted that there were significant improvements in revenue in the key strategic regions of Asia-Pacific and the Americas, where the share of group revenue increased from 38.1% in the prior year to 44.8% in the period covered by the report.

As of September 30, 2021, Jenoptik said it “continues to have a very healthy and robust financial and balance sheet structure”. Cash flows from operating activities improved from €31.1M in the prior year to €42.2M in the first nine months of 2021. At €17.7M, the free cash flow was also up on the prior-year figure of €13.4M, despite a sharp rise in working capital. 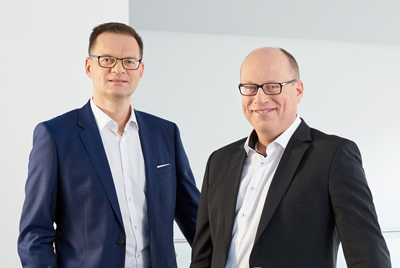 “We are able to finance the acquisition of Berliner Glas Medical and SwissOptic with existing funds and undrawn credit lines. This means we will remain in a highly robust financial position with a healthy balance sheet after completion of the acquisitions, and we see Jenoptik as excellently positioned in financial terms to secure further profitable growth,” said Hans-Dieter Schumacher, CFO.

The Light & Optics division remains on a profitable course of expansion after nine months. The division’s revenue grew by 52.6% to €324.3M (prior year: €212.5M). Trioptics contributed €67.1M to this figure (prior year: €0.9M). EBITDA increased even more strongly, from 46.2M to €97.9M. Most of this increase was the result of the very good operating performance and the contribution made by Trioptics. A one-off effect of around €20.7M was also realized in connection with the acquisition of Trioptics.

In view of a gradual recovery in demand from the automotive industry, the Light & Production division’s business is also picking up again, even though the effects of the Covid-19 pandemic are still being felt. The Laser Processing area, in particular, posted an increase, while Metrology and Automation & Integration saw only slight growth. Overall, the division’s revenue grew by 4.3% to €121.3M (prior year: €116.3M).

Development in the Light & Safety division continues to be strongly affected by delays in the supply of electronic components, the company noted, particularly in the first half of the year, and in the placement of orders in the project business.

As a result, the division’s revenue of €72.3M after nine months was still down on the prior-year figure of €82.1M, although a strong revenue increase of 12.2% was achieved in the third quarter. The development of EBITDA showed a similar picture: coming in at €8.6M at the end of the first three quarters, it was down on the prior-year figure of 13.5M, but in the third quarter grew by 81.9% to 5.3M (prior year: 2.9M).

Jenoptik said it is strengthening its global photonics business with the recent €300M acquisition of Berliner Glas Medical and SwissOptic. The closing of the transaction is expected in Q4, 2021. In 2022, the new companies are due to contribute around €130M of revenue. The company stated, “Through these acquisitions, Jenoptik is not only significantly expanding its attractive semiconductor equipment and medical technology business, but is also strengthening its product and technology portfolio and its global presence, particularly in Asia.

Based on good operating performance in the first nine months of 2021 and good order figures, the Executive Board confirms the full-year guidance raised in July. Revenue of between €880 and €900M and an EBITDA margin of between 19.0 and 19.5% are expected for the 2021 fiscal year.