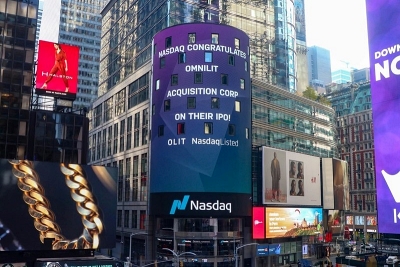 A newly financed “blank check” acquisition company focused specifically on optics and photonics technologies has begun its search for a merger target.

“Having worked in the optics and photonics space for the past two decades I recognize great potential and want to bring growth capital to companies that can thrive,” Kapoor said in a company release.

“It is encouraging to see high demand in the public markets for our strategy to invest in light-enabled companies whose products and services represent roughly 11 per cent of the global economy.”

Trillion-dollar enabler
Citing figures compiled by optics.org publisher SPIE that estimate the annual value of light-enabled products and services to be worth $7-10 trillion, OmniLit says that the industry offers the opportunity to form a public company with a “multi-billion-dollar” valuation.

“There are many complementary counter-cyclical and diverse end-markets, many of which are growing at double-digit [growth rates],” stated the firm. “Optics and photonics companies serve as an enabler for next-generation technology industries, offering opportunity for low volatility growth of future earnings.”

With the company’s IPO now completed, Jacobs says that OmniLit can deploy its “unique combination strategy” to find a compelling opportunity with stable and sustainable growth.

While Kapoor has been actively involved in the optics and photonics industry for more than two decades, 27-year-old Jacobs’ LinkedIn profile lists experience including two years as VP of business development and operations at the medical device startup PainQx, alongside work in consultancy, and as a golf instructor.

Disruptive forces
According to the OmniLit prospectus its CFO, Robert Nelson II, played a key role in regulatory compliance for the spin-out of an optics and photonics division from an unspecified public company, leading to a valuation of more than $1 billion.

“We intend to leverage the significant operational and investment experience of our sponsor and board of directors to identify acquisition opportunities at the intersection of advanced manufacturing and optics and photonics,” continued the firm in its prospectus filing.

“We believe there are disruptive forces in society creating increased demand for optics and photonics imagers, sensors, and detectors. Society is trending towards data everywhere, more intelligent automation, and light-based security.”