VCSEL arrays have become the preferred laser illumination source for short-range 3D sensing applications such as biometric security and world-facing LiDAR in consumer mobile devices due to their proven reliability and ability to be manufactured at scale.

“On-chip array addressability can eliminate the need for mechanical beam scanning, which opens a new world of possibilities for autonomous vehicles and emerging 3D sensing systems and will help accelerate LiDAR adoption across a wide range of customer applications.” 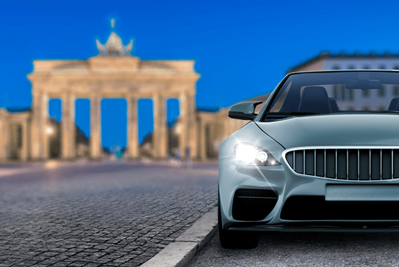 This is a range extension to the H7-LED that was approved in Germany in May 2021. The new Philips Ultinon Pro6000 H4-LED bulb delivers up to 230% brighter light, and its plug-and play-design allows DIY-ers and mechanics to install it themselves.

Approval of the Philips Ultinon Pro6000 H4-LED type by the German federal authorities means that drivers across that country can now legally upgrade their headlight bulbs from halogen to Philips LED lighting.

Lumileds states, “These premium Philips LED bulbs improve safety by boosting visibility and delivering a perfect beam pattern that illuminates the road ahead without dazzling other road users.”

The “ABG” approval certificate was granted by the KBA based on national regulation §22a StVZO enabling use in selected vehicle models. Therefore, Lumileds can now offer its latest LED retrofit technology to German drivers.

“We believe that the only way to develop a road-legal bulb is to focus on safety: the safety of drivers, passengers, bicyclists, pedestrians, and anyone else using the roadways,” commented Swati Singh, EMEA Product Manager for LED at Lumileds. “We will continue to provide ever-increasing coverage of the car marques and models available in Germany”, she added.