Margins up at II-VI as 3D sensing demand proliferates

Pre-tax earnings rise at what is now one of the world’s largest optics and photonics companies. 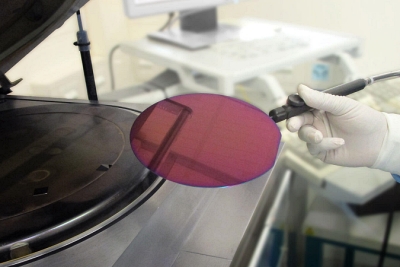 II-VI, one of the largest and most diverse businesses in the photonics sector following last year’s acquisition of Finisar, has reported fast-growing sales in 3D sensing applications as the technology continues to proliferate.

The Pittsburgh-headquartered firm has just reported sales of $728 million for the quarter ending September 30. Although the impact of the Finisar deal means that figure is not directly comparable to last year’s total, it was down slightly from the June quarter.

Of that total, $498 million related to the firm's "photonics solutions" output, with the remainder provided by II-VI’s compound semiconductor business unit.

3D sensing boom
The sales figure attributed to the photonics segment was down slightly from $517 million in the June quarter. However, II-VI’s CEO Chuck Mattera hailed improved profit margins and cash flow, claiming that the company had made market share gains in the fast-growing area of 3D sensing with vertical cavity surface-emitting lasers (VCSELs).

“Our greater 3D sensing share is demonstrated by the 200 per cent year-over-year growth, and we were able to deliver strong results in the quarter for the entire business, despite the new trade restrictions,” Mattera said - the latter comment referring to measures imposed by the US government on Huawei-related business activity.

II-VI, which began investing in additional VCSEL epiwafer capacity for 3D sensing back in 2016, now has 6-inch diameter wafer fabs producing laser diodes in the US, UK, and Switzerland - with device fabrication on the larger wafers yielding greater economies of scale than many of its competitors, and helping II-VI to improve its profit margins.

At $59.6 million, the company’s pre-tax earnings were up from $40.7 million in the June quarter, with significant savings in both internal research and development and sales and administration costs.

Chief strategy officer Giovanni Barbarossa, who also heads up the II-VI compound semiconductor business unit, said that all the II-VI fabs - including the giant Sherman, Texas, facility that had initially proved difficult to ramp up - were now operating as planned.

Barbarossa also noted a recent design win for 3D sensors with a major Android phone producer, and increasing demand from the automotive sector - especially in Europe, where in-cabin applications such as driver monitoring are becoming mandated.

“We expect increasing requirements in Europe over the next 3-5 years,” he said, echoing recent comments made by rival Lumentum, which is targeting the same application space.

Illustrating II-VI’s broad diversity, Barbarossa noted how the company is also benefiting from the strong demand for extreme ultraviolet (EUV) lithography equipment, where the company’s optical components account for around 1 per cent of the cost of the $150 million-plus tools shipped by ASML.

Covid ‘tailwind’
Although Covid-19 inevitably impacted II-VI’s operations and sales revenues earlier in the year, and continues to pose challenges in the supply chain, the company now says that the global pandemic is providing something of a boost to business.

Aside from benefiting from the global move to invest in the communications infrastructure needed to support a widespread move to working and socializing at home, II-VI also sells key optical components required in the polymerase chain reaction (PCR) equipment that provides much of the world's Covid-19 testing capability.

“We have an unparalleled level of supply chain diversity,” noted Mattera, adding that the company had not been affected by any push-outs of 5G deployments in China, something that Lumentum had referenced earlier this week.

While II-VI had borrowed heavily to finance the $3.2 billion Finisar acquisition, it has since raised $920 million in a public offering of stock - and used $715 million of the proceeds to repay one of its term loans.

Looking to the future, Mattera struck an optimistic tone, referring to sustained bookings across the business. “We’re firing on all cylinders,” the CEO told an investor conference call.

On a high: II-VI stock price (past two decades)

• The II-VI executive team sees the current momentum extending through the end of the year, forecasting that sales will rise to between $750 million and $780 million in the December quarter.

That outlook appeared to please investors, who sent the company’s stock price up nearly 15 per cent in early trading on the Nasdaq shortly after the results were announced.

At around $55, and representing an all-time high, the current stock valuation equates to a market capitalization of just over $5.6 billion.