Researchers led by DoE's Fermilab say they are closing in on longstanding qubit error problem. 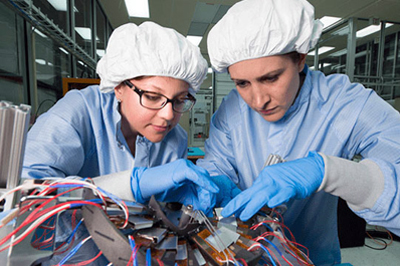 Fermilab pioneers the research and development of particle detection.

Researchers in a U.S. consortium led by the Department of Energy’s Fermilab, in Chicago, say they are moving closer to solving one of the biggest challenges posed by quantum computing: the “error factor.” They hope their work will help to open pathways to the high hopes for quantum computing that researchers have been pursuing for decades.

Coping with the odd behavior of qubits is the key to future applications of powerful quantum computing, including military defense, secure messaging and bank transactions, even for deciphering dark matter. The payoffs are expected to include increased precision in GPS systems, biomedical imaging and even fundamental physics.

But all that rests on being able to fix the ever-present “errors” that are part of qubit activity.

A federal grant of $115 million is funding work at Fermilab – a leading player in research on the peculiar behavior of qubits as a computational resource – and the other institutions in the consortium, called the Superconducting Quantum Materials and Systems Center, or SQMSC, to advance quantum computing. The grant is part of an umbrella $625 million U.S. program to accelerate quantum innovation.

“If we don’t deliver error correction, there will be no computing,” says Bane Vasic, a University of Arizona professor of electrical and computer engineering. “No communications. No nothing, without error correction.” Vasic is director of the University of Arizona’s Error Correction Laboratory, and an architect of cutting edge codes and algorithms used in communications industries and data storage.

Error in the quantum realm is any unwanted behavior that alters your information. “For example, in conventional computing an alpha particle could hit the silicon,” Vasic said. “It could destroy or flip your bit.” In the context of quantum systems, just the classical environment can disturb the fragility of a quantum state, such as the spin of a photon. “Error is the effect of this disturbance,” he added.

The computing work is about as difficult as anything in computer engineering these days. Creating and maintaining qubits is no easy task. The tiny coils in which the fragile qubits are created must stay very cold. Otherwise, even a slight warming would destroy them, in a fraction of a second. They must remain at about 4 K. “That’s what quantum physicists call room temperature,” Vasic said with a laugh. 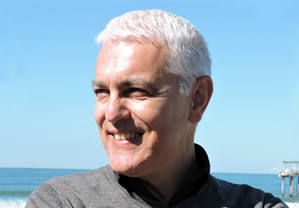 “This era is like what happened when electrical engineering emerged within physics,” said Vasic. “Now quantum is everywhere. Now that the theory is established, engineering challenges need to be solved to translate it into reality. The concepts of quantum computation are very exciting and beautiful.”

Quantum devices will be able to quickly run experiments or simulations that classical computers would need thousands of years to solve. “And in those cases they’ll be more energy efficient.”

The lab’s work will also help develop new ultrasensitive sensors that can detect gravitational waves and, they hope, will help expand exploration of the nature of dark matter, the mysterious stuff that constitutes most of the universe. Those sensors can be used, for example, together with semiconductor lasers for quantum sensing in satellite operations to improve navigation and telecommunications.

“To do this, scientists will have to make new models, new simulations in our computers,” Vasic said. “It is so complicated, and they are such small phenomena, it’s why quantum computers are being built: to study these systems.”

The latest work from the Vasic lab has been published recently at the Cornell University research archive. Under the new grant, the University of Arizona will also be working to expand the work force with more experts in quantum computing, at master’s and Ph.D. levels.