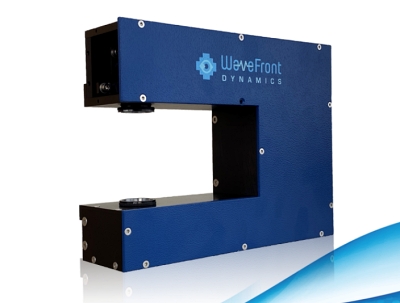 Wavefront Dynamics (WaveDyn), a startup company working on wavefront sensing technology for vision correction, says it has closed the first tranche of a planned $3 million round of series A funding.

According to its latest filing with the US Securities & Exchange Commission (SEC), WaveDyn has so far raised just over $800,000 of the planned $3 million round. A similar filing from November 2019 indicates earlier debt funding of $450,000.

As part of the deal Frank Levinson - co-founder of the photonics company Finisar and now general partner at PVP - is set to join WaveDyn’s board of directors. Other photonics-related companies in the current PVP portfolio include wearable spectrometer firm Chromation, and high-resolution imaging specialist BroadSpot. PVP also backed VCSEL maker Vixar, prior to its acquisition by Osram.

Shack-Hartmann wavefront sensing
WaveDyn’s founder Dan Neal, an optical scientist and engineer with a background at Johnson & Johnson Vision and Sandia National Laboratories, has set up the company with the aim of developing novel methods to assess the visual performance of the human eye.

“The eye is continuously changing as it focuses on objects at various distances,” explains the company in its funding announcement. “WaveDyn is developing proprietary methods to measure changes of the eye dynamically, over a sequence in time, rather than a single snapshot.”

The approach is based around Shack-Hartmann wavefront sensing - the same method used to build high-specification optics for the Hubble and James Webb space telescopes, as well as in advanced laser vision correction.

“The dynamic wavefront guided treatment has the potential for improving the vision of hundreds of thousands of patients in the US alone,” said Neal, with the company suggesting that the approach could create ophthalmic treatments for patients with complex visual dysfunction.

“Dan and his team have already proven their ability to deliver ground-breaking ophthalmic instruments,” added Levinson. “We’re excited to work along with the WaveDyn team. Their technology has the potential to bring unprecedented comfort and visual acuity for patients and lends itself to an attractive business model facilitated by a concentrated market access.”

New headquarters
Back in 1996, Neal set up a company called Wavefront Sciences. In 2007 it was acquired by Advanced Medical Optics (AMO) for a reported $20 million in cash, before AMO was subsequently bought out by Abbott Laboratories and Johnson & Johnson, eventually becoming part of Johnson & Johnson Vision.

Since the initial AMO deal, Neal has been leading a technical team working to develop a new combined aberrometer and topographer.

The company has also moved into a new headquarters recently, with the Albuquerque location said to include office, research and development, and manufacturing space.

“This is not a typical seed-stage startup,” commented Neal in late July. “The company has a fully staffed research and development team with state-of-the-art optical labs, optometry lane, and machine shops in place to drive our development efforts forward.”

The WaveDyn web site currently shows the availability of the firm's "DynaWave lensometer", a metrology instrument for dynamic measurements of small optics at the ophthalmic standard wavelength of 545 nm.