Neophotonics warns on impact of new US restrictions on Huawei

Chinese communications equipment giant accounts for nearly half the sales of the US company. 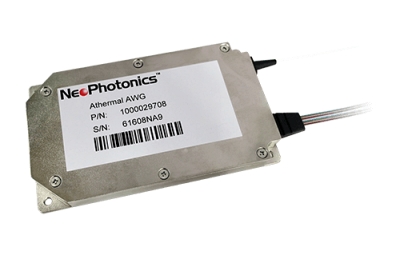 Neophotonics, the Nasdaq-listed producer of various optical communications products, including silicon photonics and photonic integrated circuits (PICs), has warned that new restrictions on business with China’s Huawei - by far its largest customer - could have a major impact on future sales.

In August the US Department of Commerce announced further restrictions on trading with Huawei and 38 of its subsidiary and affiliate companies both in China and around the world.

“Huawei and its foreign affiliates have extended their efforts to obtain advanced semiconductors developed or produced from US software and technology in order to fulfill the policy objectives of the Chinese Communist Party,” said commerce secretary Wilbur Ross in the department’s August 17 announcement.

“As we have restricted its access to US technology, Huawei and its affiliates have worked through third parties to harness US technology in a manner that undermines US national security and foreign policy interests. This multi-pronged action demonstrates our continuing commitment to impede Huawei’s ability to do so.”

Managing uncertainty
Recent US Securities & Exchange Commission (SEC) filings show that close to half of Neophotonics’ sales are typically destined for Huawei.

The San Jose-headquartered company said that while it was busy investigating the full impact of the new licensing requirements imposed by the Bureau of Industry and Security (BIS), it would assume that potentially all of that business may be at risk.

“Given the uncertainty, the company will manage the business without relying on revenue contributions from Huawei,” announced the firm.

Speaking during a conference call with investors to discuss the impact of the new measures, Neophotonics’ CEO Tim Jenks said that the company was expecting to ship products to the value of $40 million to Huawei in the current quarter, which runs until the end of September.

That figure compares with Neophotonics’ forecast of total sales in the quarter of between $97 million and $105 million.

Demand for faster links
While the company may be adjusting its operations in anticipation of significantly lower revenues from Huawei, the ultimate impact of the new restrictions on that business remains to be seen.

One possibility is that shifts in market share within the communications value chain mean that Neophotonics’ various lasers and silicon photonics products simply end up shipping to different customers.

Jenks also highlighted that the company’s non-Huawei sales were growing at a healthy rate - and that sales of products for higher-speed optical connections operating at or beyond 400 Gb/s were set to accelerate rapidly over the next five years.

“Revenue from customers beyond Huawei is expected to grow 40-50 per cent over the next year independent of potential customer share shifts,” said the CEO.

“Coupled with the upcoming 400ZR and 400ZR+ high-speed module opportunity, which is expected to begin volume production in [the second half of] 2021, the end market for these products, as defined by high-speed ports, is forecasted to increase at an 80 per cent five-year compounded annual growth rate through 2024.”

Pragmatic approach
While the precise impact on Neophotonics’ finances is yet to become clear, Jenks suggested that the company was taking a conservative approach by assuming that all future Huawei-related revenues could be impacted.

“We have to take a pragmatic approach,” he told investors. “[But] there’s a lot that we don’t know. We could be unable to ship products after September 14, and we don’t have the luxury of assuming we have a piece of that revenue. [US] government restrictions are constraining our ability to do business with our largest customer.”

The CEO also pointed out that the firm held net cash of $77 million as of the end of June, giving it some breathing space if the impact of the new Huawei restrictions saw it start to burn through cash.

• Following the update, Neophotonics’ stock price rose in value by around 5 per cent - suggesting investors believe that the impact of the new BIS restrictions may be limited, or that Neophotonics may benefit from the chance to make its business less reliant on Huawei.

Back in May 2019 Neophotonics' stock price slumped by nearly half after President Trump signed an executive order banning the supply of communications technology to “foreign adversaries”.

However, the firm's sales to Huawei have changed little since then, and despite another Covid-related crash in mid-March its stock price has since recovered as the pandemic appears to have accelerated demand for faster networks needed to support the trend towards remote working, education, and socializing.