Photonics company has reset its ambitions for the year, and is expecting a second-half recovery. 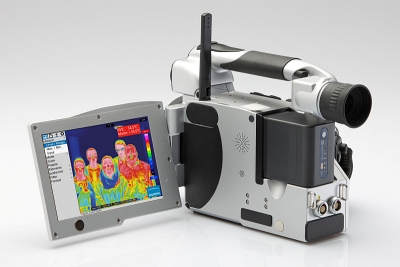 Germany-headquartered photonics giant Jenoptik has reported lower sales and profit for the opening quarter of 2020 - largely the result of the ongoing slump in demand from the automotive sector, as well as the initial impact of the coronavirus pandemic.

However, the Jena firm’s executive team also revealed a solid order book, and appears confident of a recovery in the latter part of the year following the worst of the Covid-19 impact in the current quarter.

Prior to the emergence of the pandemic, CEO Stefan Traeger and colleagues had been expecting full-year sales in 2020 to beat the record-breaking 2019 total of €855 million.

That outlook was withdrawn as the global impact of the pandemic became more apparent in March, and now the Jenoptik team says that it should be able to post sales of around €800 million this year - the current average expectation of financial analysts covering the company.

“Large parts of our business showed a robust development in the first quarter,” Traeger said. “It is also encouraging to note that we are continuing to see stable demand in the semiconductor equipment sector that is of particular importance to us.”

Auto slowdown continues
At €164 million, Jenoptik’s revenues in the opening quarter were down around 10 per cent on the same period of 2019. Of the company’s three reporting divisions, the “Light & Production” unit was hit worst, with sales down 22 per cent year-on-year, at €39.5 million.

That decline is partly a result of coronavirus, but also reflects the ongoing difficulties faced by the automotive sector. Jenoptik has brought in some efficiency measures to help mitigate the impact - including increased short-time allowance for employees and frozen wage increases, plus the temporary closure of two of its facilities.

Jenoptik’s largest and most profitable division, “Light & Optics”, saw its revenues drop 17 per cent to €68.8 million in the opening quarter - although that decline is less steep once the divestment of the Hillos subsidiary is taken into account.

Comprising sales of optical and optoelectronic components and systems, as well as lasers, digital imaging technology, and software, the “Light & Optics” segment reflects a wide variety of markets and applications. For Jenoptik, the most significant of those is the semiconductor business - an area that appears to be holding up well in the current crisis.

“Despite the spread of corona[virus], business with the semiconductor equipment industry proved to be extremely robust in the first quarter,” the company noted in its Q1 statement, although it also pointed out sharp declines in the areas of biophotonics and industrial solutions.

Infrared optics boost
The current order book has also been helped by a major new contract with defense firm Rheinmetall, which has placed a five-year contract for infrared components worth close to €10 million.

“The order comprises the supply of custom-developed, high-quality, precision infrared optics for use in land vehicles to protect soldiers in action,” noted the firm.

Jenoptik’s smallest division - known as “Light & Safety” and mostly concerned with traffic and security monitoring systems - reported an uptick in sales, and along with the Vincorion mechatronics unit has helped to stabilize the German firm’s overall financial performance amid the pandemic disruption.

While the company retains a small net debt position, Traeger says that with short-term liquid assets of €160 million on its balance sheet, it is in a “comfortable” position to weather the current crisis and emerge stronger.

“The projects initiated for structural adjustment, efficiency enhancement and portfolio management should contribute to accelerate growth and improve [Jenoptik’s] profitability from next year, at the latest,” concluded the CEO.

• On top of the Rheinmetall order, demand for Jenoptik’s infrared optics has been boosted by a contract with Dresden’s InfraTec to provide both hand-held and stationary high-end infrared cameras and associated lenses.

Said to be worth “several million euros”, the uncooled thermography units (see image above) are set to be deployed for screening passengers at transport hubs for elevated skin temperatures.

While not a direct diagnostic tool, the approach is seen as one of a suite of useful measures that in combination will help to restrict the spread of coronavirus as economies look to open up from lockdown periods.